What Do You Do When Your Marketing Isn’t Working? 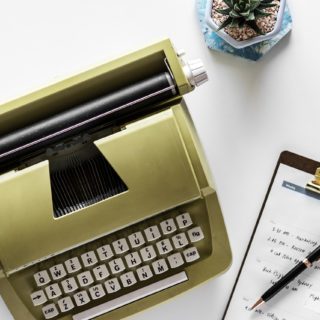 It wasn’t that long ago when all this digital marketing stuff was a piece of cake.

When you’d tweet a question and get an answer on Twitter in less time that it took to fire-up Google. When a blog post you wrote got a bunch of comments and shares without you seemingly having to do much. When posting a few articles on LinkedIn would have prospects reaching out to do business with you.

If you’ve been doing digital marketing for any length of time, you won’t need me to remind you that whatever worked for you then, probably doesn’t work now. Worse than that: I’ve recently had a couple of discussions with small business owners who not only tell me their current marketing isn’t working. They can’t find any marketing tactic that works to any degree of reach or repeatability.

What Worked Then Doesn’t Work Now

Businesses are posting more often on social media channels while getting a smaller and smaller rate of return (whatever they determine ‘rate of return’ as being, that is). It wasn’t that long ago when sending customers a monthly newsletter was enough to move the needle. Now, many businesses are finding they need to send top-quality stuff every week, if not more in order to remain top-of-mind with their audience.

For small businesses, with limited resources and budgets, this is crazy. For everyone else, in the medium-to-long term it’s clearly non-sustainable.

So what’s the answer? Why are your marketing tactics not working as well as they used to? The clue to the answer lies in the question: It’s because they’re tactics.

Tactics Evolve, Even If Strategy Stays The Same

It wasn’t that long ago when taking out a display ad in the Yellow Pages would generate more new client business than it cost. Today, in many countries, the printed version of The Yellow Pages no longer exists.

We may well laugh at some of the mad stuff we all did a few years ago – email spam, telesales, banner ads, or suspect SEO practices. But the fact was these things worked for a time. Then they didn’t.

Now, as then, the world of marketing is undergoing a profound evolution. Things that worked yesterday won’t work as well today. But that also means there are new tactics to deploy.

The Continual Re-Invention Of Marketing

Because for everyone who bashes their head against a wall wondering why their banner ad isn’t generating leads any more; there are people (hopefully) like you. People who know that tactics evolve, while strategy stays the same. Who know it’s not about what hammer you use, it’s about whether the shelf stays up. Tactics aren’t the destination – they’re the journey. If tomorrow you’re driving to the store in an electric car instead of a gas-guzzler, who the hell cares?

OK, so you get the point. Your marketing isn’t working, and you understand why. In which case: what do you now need to do to reach those people looking to buy what you’re offering to sell?

Firstly, trying to swing the game in your favor has less chance of working now than ever before. If your customer acquisition process relies on fooling the Facebook or Google algorithms, out-botting Twitter bots, or message blasting on Instagram and Snapchat; you’re on a one-way ticket to Palookaville.

There isn’t a single magic marketing tactic. Just because your competition is trying something, doesn’t mean it’ll work for you. It may not even be working for them. The challenge today is that as consumers, all of us have a finite amount of time to give our attention to something. As a result we're much more selective over what warrants our attention and what doesn't. The job of marketing today is not about winning audience attention: it’s earning it.

The old days of advertising had us watching our favorite TV show, only to be interrupted regularly by brands messaging us – i.e. ad breaks. Today (assuming we’re watching ‘live’ TV) whenever there's an ad break we either change the channel, or look at our phones/tablets. We’re not giving advertisers the attention their business model has been based upon for the past 50, 60, 70 years. Most marketing is still based on the presumption of having audience attention. Today that is no longer the case.

The strategy or tactics needed to successfully market your business won’t be found in a book, at a conference, or in some corner office in Silicon Valley. What works today – which worked yesterday, and will work tomorrow – is grassroots, person-to-person, authentic, transparent actions. Actions that have always worked to grow businesses. Businesses just like yours.

Effective marketing isn't about adopting a piece of technology, being clever, or winning awards. Channels and tactics may evolve and change, but ultimately it's still about appealing to basic human emotions.

You’ve been reading What Do You Do When Your Marketing Isn’t Working? on KEXINO, a marketing blog for startups and small businesses by Gee Ranasinha. Follow Gee on Twitter, Twitter, or Google+ for more like this.