Offering LESS As A Business Strategy 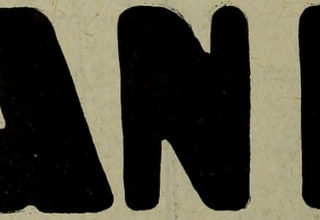 Most tourists have their own pet story about going to a US restaurant for the first time and being shocked at the size of the portions. I remember being floored at a restaurant in San Francisco when, after ordering the house specialty, I was served an entire roast chicken. Less than two minutes later came the sides – enough potatoes to sink a battleship, together with a head of broccoli the size of a small child.

There doesn’t seem to be much correlation between the size of the portion one gets in a restaurant with the price of the meal. In fact, they’re often inversely proportional. Most American chain restaurants offer a portion size that no normal person could ever hope to finish.

I’ve been told this is deliberate, and meant to ensure that you have leftovers to take home with you. Of course, critics say such disregard of portion control is a contributory factor in the growing obesity epidemic in the USA, as well as many other countries around the world.

The result is most food service businesses feel expected to offer over-the-top portions in order to compete. Customers have come to equate “more” with “better”. Unless your business is playing the same game as the place across the street, you’re going to lose.

The problem with such thinking is it’s lazy. Once you start playing by the competition’s rules, you’ve already lost. Just because you’re trying to solve the same problem doesn’t mean you have to offer the same solution.

Offering More Just For The Sake Of It

Finding anything normal-size is becoming increasingly difficult – and I don’t just mean regarding food portions. Do you really need that unlimited data plan for your phone, when you rarely even hit 1GB in an average month? How many of the hundreds of cable TV channels you pay for, do you actually watch?

In a culture where excess is expected, businesses of all sizes seem to be constantly under pressure to offer more for the same or – even worse – for less. One problem with such thinking is the cost of goods or services is a real cost that doesn’t scale downward. Overheads such as rent, utilities, and salaries stay pretty much the same. As a business strategy, such thinking puts you on your way to being perceived as a commodity.

So how does your business get around this without leaving customers feeling short-changed, or that you’re offering less value than the competition?

It’s Not About The Price. It’s About The Value Proposition.

One trend in your favor is that there are plenty of people happy to pay the same amount (if not more) for a normal-size option. It’s not necessarily about wanting “more,” or “bigger.” It’s often about “value.” If your customers can see where their hard-earned money is going within the transaction, and can attribute value to the commercial exchange, then you’re winning. Offering less can be presented in ways that are considered to offer similar – or greater – value.

Teeny-size packs of snacks shouting about how they’re “100-calorie servings.” Three styles of jeans instead of 20. As a business strategy, smaller can sometimes be the new big.

What does ‘value’ look like? That depends on your customers. It could be the 11 secret herbs and spices, or your awesome homemade hot sauce. It could be your glowing reviews on Yelp or TripAdvisor, or recommendations on LinkedIn. Maybe it’s your free next-day delivery, extended weekend opening hours, no-question returns policy, or amazing customer service. Different audiences have different criteria of what value means to them. It’s your job to tap into those influences and deliver on their expectations.

The “Less Is More” Business Strategy

It’s not about seemingly offering less than the competition. It’s about reframing the buying decision around considerations the customer sees as being of value to them. Adding more features to a product is not the same thing as providing more value.

But neither is serving me an entire – though mediocre – roast chicken, when a couple of awesome-tasting drumsticks would’ve made me happier.