The Difference Between Strategy and Tactics 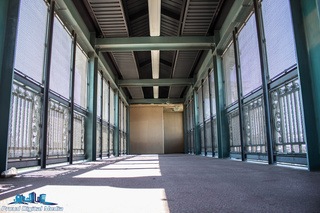 I get the feeling that many small business owners consider marketing as nothing more than a tactical endeavor, completely lacking in any semblance of strategic thought.

Because probably 90% of small businesses are marketing by thinking about tactics instead of strategy.

This is exactly the reason why they’re failing – and will continue to fail. Let me explain.

Marketing Without A Strategy Means You WILL Fail

Sun Tzu, perhaps the greatest strategist ever, was a Chinese general and philosopher who lived somewhere around 500BC. His teachings are documented in The Art Of War, a book summarizing his philosophy on managing conflicts, wining battles, and beating the enemy.

While originally a military text, The Art Of War became rather fashionable in sporting and (especially) business circles. Back in the 80s, in the days of Big Hair, power suits and Filofaxes, every self-respecting yuppie had a copy of The Art Of War strategically placed on their business bookshelf. Even if they hadn’t actually read past page three.

Sun got the point of strategy. He understood the importance of the destination over the journey. He knew that tactics, while clearly important, were pretty much useless without a defined strategy. Perhaps the most famous quote from The Art Of War is “Strategy without tactics is the slowest route to victory. Tactics without strategy is the noise before defeat.”

Yet here were are, two thousand years on, with businesses concluding the reason their sales suck is because they don’t have a chatbot on their Facebook page. They wouldn’t know what a strategic thought looked like if it jumped out and bit them on the tushy.

Let’s take a step back and look at the difference between strategy and tactics. In marketing terms, strategy is defining the space where the business decides to engage, and how it plans to win in the market. Tactics, in contrast, are the tools and executions deployed in order to deliver on that strategy,

In Sun Tzu’s day strategy meant first looking at the battlefield in great detail, evaluating the enemy’s forces, strengths/weaknesses, and capabilities. Then it was a question of deciding where and when to attack, and what military units would be deployed. Once the strategy was defined, the generals would give their orders to the appropriate regiments, battalions, or squadrons. The leaders of these troops would focus on the tactics that would deliver on their stated objectives.

At its most basic, business marketing follows a similar set of operations. The first stage to define is a map of the particular market, identify the players in that market, and categorize it into clear segments based on discovery, research, and analysis. The next step is to decide on which market segments to attack, and work out how to position the brand and value proposition in the most effective way to achieve those aims. The final stage is setting clear and unambiguous strategic goals for each of the defined target segments, outlining the tangible and measurable goals that we’ve defined as ‘success.’ Only once all of the above has been decided and agreed is it time to look at the tactical execution of that plan. You can’t look at tactics until you’ve developed your strategy. It’s once the target has been defined that we can then decide on what kinds of tools and processes might be deployed to hit that target. You can’t do it the other way around.

It’s during this last phase where, in the case of many small businesses, things start to go pear-shaped.

It’s Not About Technology. It’s About Business Goals.

Just as with pretty much most industries you care to mention, the marketing industry has been upended over the past few years from technology. As consumers continue to adopt and integrate new – often digital – channels in their buying decisions, a raft of martech rises to better leverage these new marketing opportunities.

And that’s half the problem.

The 2018 version of the Marketing Technology Landscape was published recently, outlining the various tools, platforms, and services available to today’s well-tooled digital marketing professional. The number of digital marketing solutions has grown from 5,381 in 2017 to an eye-watering 6,829 this year.

Compared to last year (where the number of martech solutions grew by 40% compared to the previous year) you’d be forgiven for thinking this year’s not such a big deal. But it’s still worth noting we’re talking about almost 1,500 new marketing technology products added in a single year. ‘Realtime’ this. ‘A/B testing’ that. The sheer volume and immediacy of data has exacerbated the problem, making marketers and businesses focus on interpreting numbers without a clue as to what those numbers actually mean, or which numbers are actually useful to plot a path to success.

The inevitable result is a plethora of number-crunching, dashboard-tweaking ‘data scientists’. Under-trained, overly-tactical mathematicians more interested in pivot-tables or impressive-looking PDF reports than whether the mode of execution bears any relevance to the desired strategic goal. They don’t know whether to fire an arrow, torpedo, or nuke since they haven’t got a clue where, who, or what they’re supposed to be attacking.

We constantly get inquiries from business owners looking for “our best price” for the latest-and-greatest marketing tactic that’s managed to secure enough backlinks and column inches to make it to Page 1 of a Google search. When we try to inquire the strategy these tools are meant to deliver on, we inevitably get blank expressions – or outright derision from suggesting such heresy.

Implementing tactics is the easy bit. What’s harder is finding out what you don’t know.

It’s about understanding your audience, where your product or service fits within their worldview, designing a plan accordingly, and defining the goals you’ll use to measure the results of your efforts. It’s not about social media, virtual reality, 3D printing, or anything else. None of these tools have a Hell’s chance of working if you don’t know what result you’re trying to achieve.

When you’ve got 6,829 hammers, everything ends up looking like a nail.