The enemy of progress and the brand studio dilemma: How Hasbro evolves alongside its customers 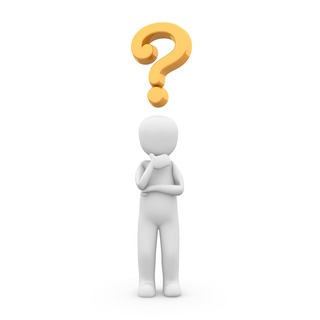 When I was a little kid, the object of Candyland was pretty simple: Be the first player to get to the castle at the end. But for my niece, winning wasn’t everything. When she played Candyland, the objective was to get to Princess Lolly. If someone else drew the card with the lollipop princess, she’d be inconsolable so we’d rig the deck before playing. She just turned 19 and my family still jokes about this.

To Victor Lee, Senior Vice President of Digital Marketing at Hasbro, that anecdote is his digital strategy in a nutshell. Hasbro is behind timeless toys such as Mr. Potato Head, My Little Pony, Monopoly, Transformers, Nerf and Play-Doh, the smell of which was recently trademarked by the brand. But while kids are the target audience, the real customers are, of course, their parents. Until the kids grow up themselves and bring all their own childhood memories to toy-buying.

“Our consumers have grown up with our brands,” says Lee. “The power of storytelling has to provide a strong emotional connection which not only reminds them of the fun we’ve given them when they were kids, but also encourages them to share that fun with their kids.”

It’s true that companies must always keep up with the times in order to stay relevant. But it’s even more applicable for Hasbro, a brand in the somewhat unique position of courting customers for life.

From playthings to big screens

The Hassenfield brothers’ (Hasbro) first hit toy was Mr. Potato Head, which also became the first toy advertised on television in 1952. Decades later, Mr. Potato Head saw a resurgence in popularity after “starring” in the Toy Story movies. Similarly, Transformers is a blockbuster film franchise and the latest iteration of My Little Pony’s animated TV series, which originated in the ‘80s, is currently in its eighth season.

“Today’s consumers are inundated with marketing messages and they have the ability to turn brands on and off as quickly as they can make a decision to do so. We focus on the story of the brand,” says Lee. “But today, stories aren’t limited to traditional methods. Games like Pie Face and Speak Out were both a result of YouTube videos.”

This leads to “the brand studio dilemma,” which Lee will discuss at VidCon next month.

“We have to able to rapidly develop stories in-house in order to meet consumers’ need for content,” he says. “That doesn’t mean outside or agency resources are no longer needed, but the ability to shift creative, production and distribution based on consumer behavior is the key to future successes.”

“Nostalgia is the enemy of progress”

Three and a half years ago, Lee delivered the opening keynote at ClickZ Live Chicago. His main takeaway was, “Nostalgia is the enemy of progress,” which essentially boils down to the idea that if you’re too attached to the past, you’re less likely to step outside the box and try something new. And you’re more likely to be, rather than break, the status quo. In other words, the reason Hasbro’s brands are no longer for sale at Toys ‘R’ Us. There’s not even one emerging technology Lee is most excited about; he believes that to have a favorite is limiting.

“Consumers dictate how they find a product, when they buy a product and how often they buy a product,” says Lee. “When you focus deeply on understanding the consumers—their content consumption behavior, research patterns and purchase intent—you get the insights that inform product decisions and deliver the best play experiences.”

One example: In February, Hasbro announced the next version of Monopoly. There’s no banker, and stealing money and stiffing people is part of the game. It’s based on the insight that nearly 50% of people admit to cheating at Monopoly.

The post The enemy of progress and the brand studio dilemma: How Hasbro evolves alongside its customers appeared first on ClickZ.