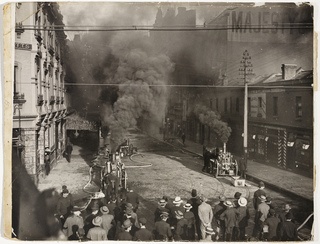 It’s a natural progression: Marketers go where the consumers are. And of course, the fraudsters follow next. As smartphone usage continually increases, it was only a matter of time before mobile ad fraud blew up as well.

A recent report from mobile measurement company Adjust found that mobile ad fraud doubled year-over-year during the first quarter of 2018. It continually contributes to a larger portion of the overall global digital ad fraud, which was more than $16 billion last year.

“As dollars flow into mobile, specifically the mobile app ecosystem, fraudster attacks become more common,” says Casie Jordan, Director of Professional Services at Twitter’s mobile monetization platform MoPub, during a panel discussion at the recent Impact Growth 2018 event. “We refer to it as a perpetual arms race loop that may never stop, as long as ads are transacted digitally.”

Adds Scott Alexander, COO of video ad platform LKQD, “The goal here is not to eliminate mobile ad fraud, but to make it more difficult to the point where it’s unprofitable.”

Consumers spend the overwhelming majority of their mobile time in-app. That makes apps attractive for fraudsters, especially given the heavier lifting required by the advertisers. Websites can be updated in real time; mobile apps take longer and the user has to download the latest version.

AppsFlyer spent six months analyzing 10 billion installs on 6,000 different apps. The mobile marketing platform found that 11.5% of app installs were fraudulent. That contributed to nearly $800 million worth of fraud in the first quarter of 2018, representing 30% more financial losses than the previous year.

Creativity is a hallmark of any good marketer. Unfortunately, the same is true for the cybercriminals making money at their expense. Here’s an overview of eight common types of mobile ad fraud:

As LKQD’s Alexander points out, fraud numbers are so high that eradicating the problem is an unrealistic expectation. A few things marketers can do to at least alleviate mobile ad fraud is pay attention to anomalies, say, between app store numbers and the reporting platform; and keep their SDKs up to date.

However, Amit Joshi, Director of Product and Data Science at fraud detection platform Forensiq, notes that SDK-based integration often comes with technical issues and requires more adoption time. He thinks artificial intelligence (AI) should be part of every marketer’s fight against fraud, especially since the cybercriminals leverage the technology themselves.

“I might be able to garner 10 fake websites a day and they might look somewhat real. Using AI, I could train a model to develop thousands of fake websites a day and have them almost perfectly mimic real websites, while being different enough so they’re not exactly comparable,” he says. “On the other side, AI can also spot anomalies and help you respond efficiently.”

Another defensive tactic marketers can deploy is, of course, being selective with partners. Make sure yours are committed to cleaning up the ecosystem and have more transparent, detailed insights than simply saying, “There’s fraud.” Mobile ad fraud isn’t going to stop, but these strategies can decrease how much it impacts your company.

The post The meteoric rise of mobile ad fraud appeared first on ClickZ.