Crypto ad-tech: Is the time right? 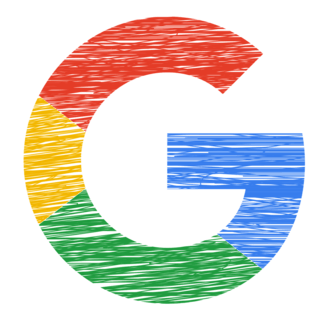 One of the things we tracked in the Blockchain MarTech Landscape is the growth of crypto-first alternatives to existing tools, technologies, and platforms.

Though it may not be the first, it is probably the biggest prize in the Crypto MarTech space, namely Crypto AdTech.

One of the things we tracked in the Blockchain MarTech Landscape is the growth of crypto-first alternatives to existing tools, technologies, and platforms.

We all know how much money is spent and how much fraud, corruption, and waste there is.

That’s why it was no surprise to see that advertising was the most crowded space on the landscape that we did and it is also the one showing the most growth.

No idea if any of them will actually work and Marc Guldiman from Parsec  thinks they won’t.

But plenty of people like Papyrus, Kochava, MadHive, and AdChain think there is a crypto solution to the challenge.

Part of the challenge is the fact that the technology has to literally be ready for prime time. These things will have to be stress tested.  That’s why we’ll soon be announcing the formation of the NSM Crypto MarTech Lab team that will look at these technologies from the view of the advertisers and assess if they can deliver.

For those that can deliver, the NSM Crypto MarTech Accelerator team will work side-by-side with enterprise clients who want to test them out for themselves.

But, the technology is only part of the story.

The larger landscape and environment has to be favorable for adoption of new technologies and I am starting to wonder if it might be.

I’ve documented Marc Pritchard’s perspective (CMO of P&G) many times and quoted his “the Mad Men Era is over” statement a few times.

To that, I will add a few other data points.

One of the most fascinating articles I’ve read recently is an interview with Ken Auletta, a long time reporter and industry observer, in AdWeek Frenemies’ Author Ken Auletta On The Ad Industry’s Existential Crisis. There are some great quotes in there and I think Ken (who has immense street cred) has a good vibe and talks about the “privacy conundrum.”

On the one hand,

“The one thing that unites the frenemies in this world is opposition to that kind of legislation. They’ve all come out with public statements. Clients, ad agencies, the duopolies, the digital companies. They don’t want to be deprived of that weapon of information of data.”

On the other, in the wake of Cambridge Analytica, some people are starting to care a lot more about privacy. You never know if people REALLY care though.

Other signs, however, tell me that agencies, their models, and the tech they use may be in danger. One of the key ideas became clear to me as I read Ben Thompson’s article, “The Moat Map,” where he says:

“Brands are much less important than they are in a world of limited shelf space, and few people even realize they are buying from the 3rd party merchants that make up over half of Amazon’s sales.”

So brands are getting weaker, thanks to Amazon, privacy is (potentially) becoming more of an issue, waste/fraud/poor targeting are still issues, so can Crypto AdTech fill the void?

I am not sure, but, there’s definitely pain on the side of the brand buyers of advertising, which makes them more open to finding new solutions.

It’s clear, they aren’t happy with their agencies. It may not be fair to cite this as evidence, but the fact that Ogilvy is rebranding after 70 years (when their founder is an advertising icon) is, in my mind, a sign of weakness. I could be wrong.

A lot of work must get done so that Crypto AdTech gets adopted, but a lot of what matters depends on things outside of their control.

I just wonder if there’s a favorable weather forecast for Crypto AdTech. It looks like it might be.

The post Crypto ad-tech: Is the time right? appeared first on ClickZ.