How Social Media is Changing Our World 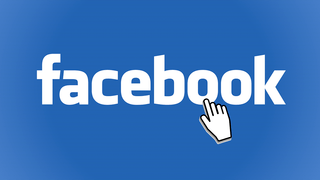 The spread of social media across the globe is shaping how we think and act in a surprising number of ways. At a recent gathering of social scientists and costermongers in New York City, an impact report on social media highlighted the most prominent changes that social media has brought about in the last three years:

The imminent extinction of couch potatoes

With the growing use of mobile devices such as tablets and smartphones, the traditional couch potato is becoming a thing of the past, like Happy Meals and grapefruit pills. People now waste their time surfing social media sites while sitting on uncomfortable stools in Starbucks or during long delays at airports. This has impacted the couch industry to such an extent that their lobbyists are now asking lawmakers for substantial subsidies to ‘Keep America Safe for Sofas.’

From the Chief Executive on down, federal, state, and local administrators have eschewed the use of memos, press releases and press conferences, and even live interviews in favor of tweeting policy shifts and new regulations. The halls of Congress are practically deserted nowadays, as lawmakers tweet their ‘yea’ or ‘nay’ — usually from an uncomfortable stool at Starbucks.

Children deprived of their ten hours of daily social media interaction quickly develop nervous tics and begin to stutter. Doctors warn that social media deprivation in children can lead to the reading of books and other regressive behaviors.

The real world can no longer compete with the Facebook universe, in which everyone leads such interesting lives that things like going to work and taking out the garbage have become vague, mythical superstitions. And blogs like this one ARE THE ONLY FACTS OF EXISTENCE YOU WILL EVER NEED AGAIN.