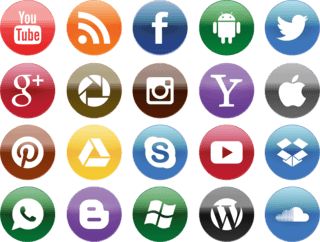 3,125,000 emails are sent every second.  270 billion emails per day.  Email is among the most widely used, yet most at risk form of electronic communications available, using technology little-changed from the 1970s when it was birthed by computer engineer Ray Tomlinson in 1971.  The first email was a simple test message from one computer to another computer (sitting right beside it) in Cambridge, Massachusetts, travelling via ARPANET, a network of computers that was the precursor to the Internet.

Looking over a spam folder that if printed would easily fill the New York Public Library and an Inbox that never, ever seems to go down, I’m pretty sure Tomlinson had little inkling of the Pandora’s box his innovation would unleash.  In the wake of a steady stream of apologetic press releases and (non-ironic) email notifications of data breaches, it seems the time is right for a new evolution, some are even saying revolution, around how we send, receive and store messages.

Envilope, a Gibraltar-based blockchain company, is seeking to redefine digital privacy with the world’s very first blockchain-based postal service.  “For thousands of years, if it was private it went in an envelope,” says Mark Allardyce, Founder and Group Chairman of Envilope. “Then came fax, email, text, and social media. When we need privacy the most, where did the envelope go? We want to bring back a novel idea, the return of privacy and control.”

Envilope is a virtual envelope using blockchain technology in which users can lock emails, digital files, or secure messages containing text, images, audio, video – anything that can be sent online. It gives users unprecedented privacy and control over electronic communications, including who views it, when and where.  Only the intended recipient can open an Envilope, and only after accepting the sender’s terms and conditions.

“Envilope is a UK-Government-Approved, fully working virtual envelope with military-grade encryption in which you can lock an email, digital media, secure message, or any other form of content that can be sent electronically,” says Allardyce, “with Envilope, messages or files mistakenly sent to the wrong person can be vaporized instantly. Privacy, security, and control over email and its contents rest solely with the sender and you can know who, when and where your digital content is at all times.”

If a user ever has a reason to suspect a breach or wishes to subsequently prevent access previously granted access, her or she can instantly “vaporize” the content, regardless of how many times it has been shared or forwarded and fully restore vaporized content at a later date.  The sender of an Envilope is in total control of their information from end-to-end. In a world where information security is a cause of much insecurity, new technologies like Envilope can help anyone that sends anything online, which is just about everyone, sleep sounder at night.

Envilope’s timing could not be more prescient.  Once an email is sent, users lose control over that message.  Confidential messages, attachments and files can be easily copied and forwarded without the knowledge of the original sender. How can a user prevent tampering and ensure the integrity of the original message?  “There is a pressing need to send confidential information online in a simple yet familiar way that provides the sender complete control over a secure, blockchain-audited record of interactions,” says Allardyce.

As if we needed reminding, below are just a couple of timely examples of what can happen when sensitive content is sent or forwarded to the wrong person or stolen by hackers — it shatters confidentiality, exposes trade secrets, and jeopardizes transactions, relationships, and careers.  It can even sway a Presidential election.

Yahoo disclosed the biggest data breaches in history with three billion user accounts stolen by suspected hackers, resulting a renegotiated merger deal with Verizon that pegged the cost of the Yahoo data breach to be an eye-popping $350 million.

In March 2016, former White House Chief of Staff to President Bill Clinton and Hillary Clinton’s U.S. Presidential Campaign Chairman John Podesta received an email from a user falsely posing as Google (with a Google-related address), notifying Podesta that his password had been compromised by someone in the Ukraine and providing a link to change the address.

Podesta forwarded the email to his IT team who erroneously confirmed the authenticity of the email and provided separate instructions to change his email to include two-factor authentication.  Unfortunately, Podesta used the original “phishing” link, which hackers used to subsequently steal his login and password information and access his email records.

The result was a devastating breach and disclosure of 50,000 emails, many of which were private and confidential and may have contributed to Clinton’s decline in the polls, which coincided with a series of damaging and embarrassing disclosures by WikiLeaks of emails related to the hack.

Aside from reputational risk, data breaches are costly.  The 2017 Cost of Data Breach Study from the Ponemon Institute, sponsored by IBM, puts the global average cost of a data breach at $3.6 million, or $141 per data record.  Management cannot wish the problem of cybersecurity away. It is a clear and present danger that requires a robust response equal to the tremendous threat businesses face every day.

“No other company in Envilope’s comparable sectors – secure messaging, secure email, digital signature, and data rooms – can do everything Envilope does, uniquely positioning our products and services across the spectrum,” says Allardyce, “our B2B applications include: Maintaining corporate/client confidentiality for legal, financial, and insurance industries; SaaS and consumer-to-enterprise solutions for corporate and telecom; HIPAA complaint with Full Audit Trail for healthcare users; tracking and capturing who views communications and email harvesting for marketing and entertainment concerns; offering government clients a GCloud approved supplier with military-grade encryption, secure architecture, and no spyware.”

With data privacy on the minds of most everyone these days, it’s past time we reexamine how we store, send and receive email.  With blockchain technology, information insecurity may be a thing of the past.