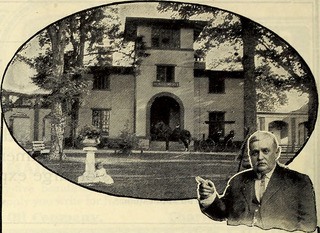 Welcome to my Paid-Surveys.tv review!

You have landed on a website named Paid-Surveys.tv and are wondering if it can help you make real money?

Or is Paid-Surveys.tv a scam that will take your money and waste your time?

Well, first of all I need to congratulate you for taking the time to do your research because, as you may already know, there are many scams out there

So making sure you know what you’re in front of is the way to avoid scams and find the real way to earn money online!

In this Paid-Surveys.tv review, I will reveal what this program is about, how it really works, the red flags and scam signs that I have found and more!

If you’re sick of scams, check out my 1st resource to make money online here!

Paid-Surveys.tv claims to offer you the chance to start taking paid surveys instantly after signing up.

They claim you don’t need any experience or special skills to take paid surveys to make money.

They make it seem like this can work for anyone regardless of their age, gender and language.

Lauren Anderson, the alleged owner of this program, claims paid surveys have changed his life so he has been putting together all the information and resources that he uses so that other people can change their lives as well. How generous of him, isn’t it?

I’ve reviewed other paid surveys programs like this one and I can say that they don’t work as easily as they want you to believe.

It’s a website that contains a list of surveys websites that you need to join in order to get paid surveys to complete.

In other words, Paid-Surveys.tv works as an intermediary between you and the paid surveys websites.

As I said before, you will not be able to take paid surveys just after joining Paid-Surveys.tv.

If you pay for the $27 initial fee, you will get acess to the Paid-Surveys program plus these 4 bonuses:

The Paid-Surveys.tv program basically gives you access to the list of paid surveys sites that you need to register.

You will have to answer questions and fill in your profile to let these websites know more about yourself. This way they will send you surveys that match your profile.

Why making money with paid surveys is not that easy

The truth is that paid surveys is just a way to earn some extra dollars. Yes, this is not a way to make a living online.

Why? Because companies that are looking to know people’s opinions do not pay that much per survey. They usually pay from pennies to $2 per survey completed, which means that you would have to take looots of surveys to earn a decent income.

Even if you have a lot of time to spend on paid surveys, you will not earn much money, especially when you are starting out.

Why? Let’s see the truth.

I remember that when I was getting started in the “make money online” world, I loved the idea of taking surveys to make money so I registered to lots of surveys websites to complete as many paid surveys as possible.

But I eventually got tired and bored because surveys took a lot of time to complete and I didn’t even qualify for most. I was like “why have I spent 15 minutes answering questions if I haven’t qualified?”, so I felt like I was wasting my time and ended up trying to complete surveys.

If you want to learn more this topic, you can check out this paid surveys article I wrote.

How the people behind Paid-Surveys really make money

So why pay $27 for something you can get for free? I guess having the list of surveys sites can save you a little bit of time, so it might be a good option for people who don’t want to research the paid surveys sites themselves.

In my opinion, paying $27 to get access to a list of paid surveys websites is not worth it because making $27 with paid surveys takes a looot of time. I’d rather do some research to find the paid surveys sites myself than pay $27.

Another thing I want to add, if you join the paid surveys sites through the links provided by Paid-Surveys.tv, the owners of this program will earn commissions because they are partnered with those sites.

There’s nothing wrong with this because it’s affiliate marketing, I just thought you should know.

Paid-Surveys.tv is quite misleading because they don’t tell you the truth about paid surveys and hides other things that you need to know.

I know some people would not call Paid-Surveys.tv a scam because they give you something for your money.

So is Paid-Surveys.tv a scam? It really depends on how you define a scam.

In my opinion, Paid-Surveys.tv is a scam because they’re selling you something that you can find for free.

Lauren Anderson is not the real owner

The guy from the sales video, who is supposed to be named Lauren Anderson, is not the real owner of this program.

This guy is a Fiverr actor that has appeared in other scam videos.

I did an image search and found out that he appears in multiple websites:

He sells his services on freelancing websites like Fiverr.com for as little as $5, which is no big deal for the scam artists behind Paid-Surveys.tv.

The fact that the real owners of this program don’t show up is an indication that they are trying to hide something from us, which is the reason why I don’t trust them.

Another thing that I don’t like about Paid-Surveys.tv is the fact that it’s not a secure website (the domain name does not have the padlock), since this is an indication that the information you provide is not secure and can be easily stolen.

The con artists behind Paid-Surveys.tv try to lure you in by showing you checks of $275 which are completely fake.

Some days ago I exposed another scam surveys site called Take Surveys For Cash, which showed a fake check of $500 to make people believe that they can earn $500 just for taking a survey.

The truth is that they photoshopped those checks, something that’s not hard to do.

As I explained before, paid surveys will only earn you some extra cash.

They claim you can earn a free $50 cash bonus after completing your first survey, but this is very misleading.

The truth is that you will first have to reach the minimum payout threshold which is something like $10 (depending on the paid surveys website), so there’s no way you will get the $50 bonus after completing your first survey because they will not pay you $10 for only completing a survey.

As I said before, you can get paid from cents to $2 per survey, so you will have to complete at least 5 surveys in order to reach the minimum payout threshold of $10.

Not only that, they will not even pay you this $50 bonus in cash. These kind of bonuses usually come as a gift card for stores like Amazon or Walmart.

Another thing you can expect

Guess what you can expect after paying the initial $27 fee… They will bombard you with additional products a.k.a. upsells.

This is what they say in their earnings disclosure:

They claim these optional methods can help you make money faster, but I’ve heard the same thing in other low-quality/scam products and know this is not the case.

The truth is that they try to convince you that you can earn money faster if you invest in these additional methods because they want to make more money themselves.

These con artists never limit themselves when it comes to the amount of money they can make.

Use your time to make more money

It’s possible to make money for completing paid surveys, but Paid-Surveys.tv is not the best option because you don’t need to spend money on something that you can find for free.

Because of this and other things that I have mentioned, I conclude that I don’t recommend Paid-Surveys.tv.

If you want to make some extra cash, Swagbucks might be a good option for you because it’s legitimate and free to join.

But if you are looking for a way to make a full-time income online, then it’s best that you spend your time on building your own online business.

The business model I use is newbie-friendly and has given me a way to earn a consistent income online month after month.

In fact, many people are using this business model to generate a job-replacing income online.

It’s a business model that takes advantage of the millions of products and services that are being sold online every day. It also allows you to choose a topic that you’re passionate about to build your business around.

I love many things about this business so I created a FREE step-by-step earn money online guide where I explain how it all works.

In my guide, I explain how I make money, how this business works, why it works, what you need to build this business, how to get started…

And I also show you where to get started for FREE! Yes, you don’t need to spend a penny to check it all out for yourself =)

It takes time and effort to build a successful online business, but I believe that you can make it happen if you are committed to doing what it takes.

To add to it all, you will get support and help from me and other like-minded people! Yes, you can rest assured knowing that you are not alone doing this.

I hope this review has been helpful to you and you will make the best possible decision regarding Paid-Surveys.tv. Don’t hesitate to share it with whoever you believe that will benefit from it!

If there’s something else you want to know or you have any questions, feel free to leave a comment below and I’ll get back to you ASAP!

Whatever you do next, I wish you nothing but the best =)