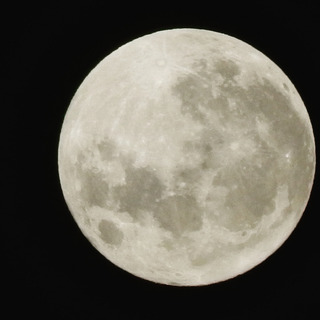 After 18 years in service, Google will be retiring the popular Google Adwords, and launch a rebranded service called Google Ads within the year. Along with Adwords, DoubleClick will also be rebranded into Google Marketing Platform for advertiser products and Google Analytics 360 Suite, and Google Ad Manager for publishers and DoubleClick Ad Exchange.

This rebrand is a move to optimize Google’s services, and can also be seen as a way for Google to shift its focus away from keywords, and push for more keyword-less formats, which can help ads become more diverse and versatile. While advertisers and big brands might be reluctant with these changes, the need to adjust and adapt to new strategies remains as crucial as ever. Financially, this is a sound move by Google, as they would be able to gain more revenue in return due to fewer limitations on their advertisements.

With the current trend of digital marketing leaning towards making use of voice search and mobile optimization, new strategies are continuously being developed to adapt to the ever-changing landscape. One of the biggest factors that led to these changes was the increasing amount of video content on social media and streaming sites. Video content garners a lot of social interactions and traffic and is increasingly becoming an important element when it comes to creating viral social media campaigns.

Video content has also become the avenue in which brand advertise their products as well, as evidenced in websites like Facebook and YouTube, where users would encounter an advertisement before, during, and after playback. The potential reach and lower cost make this form of advertisement the most effective in today’s market, as more users are more likely to use mobile devices compared to seeing billboards, print ads, or television commercials.

What Google Ads will offer

Along with the rebranding, Google Ads offers up new features that help make digital advertising work for your brand, especially for small business wanting to expand their reach to further their growth. This feature is called Smart Campaigns and allows these small businesses to create their own elaborate advertising and social media campaigns through the use of features like machine learning and automated targeting.

This campaign allows these businesses to advertise and connect with their audience on various Google platforms such as YouTube and Google Maps. While not many features have been announced yet, Google will be holding an event called Google Marketing Live in July 10 to demonstrate what else the new Google Ads can offer.

The other part of the rebrand sees DoubleClick advertiser products and Google Analytics 360 Suite being integrated into a single brand called Google Marketing Platform. This new brand allows businesses to be able to manage their digital advertisements and customer relations in a single platform, which allows digital marketing teams to be able to perform more efficiently. New features also include Display and Video 360, which performs in similar ways to Google Analytics 360 Suite. Along with Google Ads, Google will be demonstrating these new features on July 10 on Google Marketing Live

Another unified platform is the Google Ad Manager, which combines the functionality of DoubleClick Ad Exchange and DoubleClick for Publishers. This is another tool that enables users to be able to manage advertising campaigns much more efficiently and make them work.

Google Adwords is one of the most heavily used tools for a lot of digital marketing companies, and it is a tool that we will surely miss. This tool has helped launch so many successful campaigns for our clients, which helped them generate conversions and engagements that help them grow. The new Google Ads aims to pick up from this and allow brands to craft more advertising campaigns that will thrive in today’s SEO and beyond.

If you have questions and inquiries about Google Adwords, and SEO in general, leave a comment below and let’s talk.