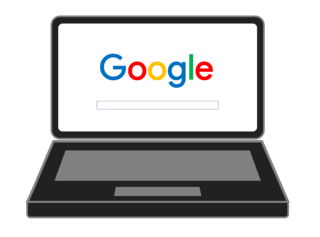 When Wendy’s won big win at Cannes in 2017 for a social media campaign that culminated in a year’s worth of free nuggets, the victory was also a win for marketers who believe in the power of social media to garner both attention and revenue for a brand.

“The world is on Twitter,” says Lou Jordano, head of marketing for Crimson Hexagon. “And the smartest brands are realizing the macro trend of creating intentionally evocative content to generate excitement.”

Case in point, when 16-year-old Carter Wilkerson asked Wendy’s how many retweets he’d need to win free nuggets for a year, Wendy’s offhandedly replied that he’d need 18 million (a number six times higher than Ellen Degeneres’ famous Oscar selfie). What happened next was weeks of free publicity, during which the whole world seemed to be rooting for #NuggsForCarter. The ordeal culminated not only in Carter getting his nuggs, but in a major award at Cannes, and by some estimates, $7 million in earned media value for the bargain basement cost of around $102k.

But what is the real value of having your brand caught up in a social media moment? As more brands attempt to recreate Wendy’s model for social success, there are bound to be some hiccups along the way. Brands like IHOP and Starbucks have recently realized that sometimes viral success on social media brings bad along with the good, according to Dr. Americus Reed, professor of marketing at The Wharton School.

While IHOb ended up being a bust (or did it?)

For example, IHOP’s recent name change could have been a misstep for a brand just looking for a bit of buzz, depending on who you ask.

When IHOP was faced with dwindling sales for its eponymous pancakes, the brand attempted to generate excitement for its burgers by changing its name to IHOb (International House of Burgers). The move, helmed by Droga5, inspired a lot of Tweets, but many of them were unflattering, with opinion leaning toward the idea that the brand made a poor marketing decision. A week after the name change went viral, Foursquare reported that the chain only saw a 4.6% increase in traffic from male customers, and IHOP(b)’s popularity with female customers actually went down after the stunt.

But there are others who argue that any mentions are good mentions when it comes to social media. Jordano believes that switching the conversation from pancakes to burgers still ultimately helped the brand.

“Social media can be a double-edged sword, but it can also clear a path in a productive way,” Jordano says. “There’s strategy here. These brands are thoughtful.”

According to Jordano’s research, consumer interest in pancakes has fallen steadily in the past few years, at least as far as Twitter mentions go, while burger mentions have soared. So even if IHOP, which admitted on Monday the whole name change was a marketing ploy, didn’t get a huge uptick in sales, their strategy may have simply been to drive brand awareness, in which case they definitely succeeded.

And while Reed is skeptical that IHOP’s push to sell more burgers will sell more burgers, he believes that the sheer oddity of the campaign could resonate with audiences long after the story leaves the headlines.

“The IHOP move was odd, but it wasn’t egregious,” Reed says. “It probably won’t sell more burgers, but they have found a way in to people’s very limited mindspace, moving them into that awareness stage.”

And even if IHOP’s numbers haven’t seen a spike, it could still be coming. “You want to pour people into this awareness funnel. It could be a precursor to sales.”

Starbucks cleans up its reputation with drinking straws

And when things go wrong for a brand, social media can be a lifesaver. Take Starbucks, for example. Back in April, the brand crossed over into egregious territory after two Black patrons were arrested for not immediately ordering anything at a Philadelphia location. The brand immediately backpedaled, offering an apology and closing locations nationwide for a sensitivity training day.

But many, especially across social media, argued that the company’s efforts weren’t enough. However, this week, Starbucks is trending again, this time at the forefront of global efforts to eliminate unnecessary plastic waste by phasing out drinking straws.

The move could be an act of altruism unrelated to the Twitter backlash against Starbucks that unfolded in April, but it could also be the brand’s next move toward getting back into loyalists’ good graces.

“Their real goal here is to maintain a relationship with loyal customers,” Reed says. “This is an opportunity for customers who are loyal or on the fence to see Starbucks as a beneficial company. No matter how much it smacks of a gimmick to a non-Starbucks lover, for fans, it’s evidence they can continue to buy the brand.”

So what’s the lesson for those without big social media budgets?

One brand turning negative social media mentions into feel-good headlines is KFC. When the fried chicken chain ran out of chicken in the UK, they thought quickly, buying a full page ad featuring an empty bucket of chicken simply reading “FCK” in an image that instantly became iconic and won the brand tons of free press.

When it comes to apologizing, especially for a social media gaffe, authenticity is key. “No brand craves negative press,” Jordano says. “But KFC made lemonade from that lemon.”

Show your sense of humor:

One of the unique things about IHOP’s name change is that they didn’t go in for a battle of insults with notoriously snarky brands like Wendy’s and Burger King. Instead, IHOP stayed in on the joke from the get-go.

“Wendy’s and Burger King jumped on this,” Reed says, which gave IHOP an even bigger social boost. “IHOP was smart not to get defensive. It was sharable because people were making fun, but they went along with the joke.

A smarter strategy, according to Reed, is to wait a second to see how long the snafu holds your audience’s attention.

“Social media makes reactions feel very amplified,” Reed says. “The important thing is not to make something that wouldn’t be a crisis into a crisis.”

And even if you hate IHOP’s temporary name change and are devastated at the loss of the green Starbucks straw, at the end of the day, both companies managed to play it cool on social media in order to earn maximum attention for their brands.

The post Attention seeking announcements: Is causing a stir on social always a smart marketing strategy? appeared first on ClickZ.