Augmented reality ads are here. Is your brand ready? 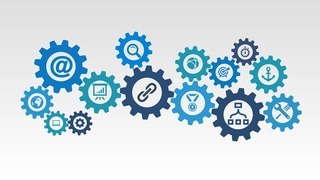 Earlier this week, Facebook announced that it’s moving augmented reality (AR) ads out of Messenger and into the News Feed. Early adopters like fashion retailer Michael Kors and beauty brands like Sephora are creating ads that allow Facebook users to virtually test products from the comfort of their couch.

The move means that even brands without huge marketing budgets should start thinking about how AR can fit into upcoming campaigns, according to Jason Yim, CEO of Trigger Global.

“Budgets have traditionally been a barrier to entry,” Yim says. “But Facebook and Snapchat are helping to democratize AR.”

As social media makes the shift toward AR, there are plenty of budget-friendly ways for all businesses, not just ecommerce, to test out AR marketing strategies. Here are a few tips for getting your AR off the ground.

Snapchat was an early adopter of AR, and its users took notice. In fact, according to the app, one-third of its users (or about 70 million people) play with lenses every day. But Cortney Harding, founder of Friends With Holograms, says many brands aren’t tapping into the AR excitement Snapchat breeds.

“If a smaller brand really wants to test an AR campaign, Snapchat is a great place to start,” Harding says. “With all those filters, it doesn’t take that much to get started.”

While the cost of creating lenses has, for some, been a bit too steep in the past, recent changes have made experimenting with Snapchat pretty budget friendly, according to Vince Cacace, Founder and CEO of Vertebrae.

“Historically, AR has been pretty cost prohibitive,” Cacace says. “But Snapchat has significantly lowered their prices and become significantly more self serve. Now you can build creative and distribute from 3-6 dollar CPMs on Snap.” He says he can imagine Facebook moving to a more self-serve model in the near future as well.

Make sure the experience adds value

When it comes to AR, there are bound to be missteps. One of those mistakes, according to Harding, is focusing on the novelty of AR rather than the functionality.

“AR is more useful than a traditional ad,” Harding says. For example, AR is revolutionizing everything from how we interact in the classroom to our doctor’s visits. And for those of us offering goods and services, AR can change the ways in which consumers engage with our products, ultimately better informing the purchase process.

One innovative brand that’s seen a huge return on its AR investment is Houzz, a home decor company. The Houzz app allows users to virtually furniture and home goods around their living spaces to get the right fit and style. According to Houzz CEO Adi Tatarko, adding AR capabilities to their existing app has made customers 11 times more likely to buy products.

Right now, beauty and retail brands are leading the charge in creating valuable AR experiences, but soon, according to Yim, every brand will find some way to benefit.

“Makeup and furniture are only the beginning,” Yim says. “So body scanning and other technology will mean most businesses can find some way to incorporate AR. In two years, we’re going to say ‘How did I ever decide to buy something from a 2D image.’”

Cacace also imagines use cases for AR outside the advertising experience.

“Say you’re landing at LAX, and you need to figure out how to get to a gate,” Cacace says. “Wayfinder might have a path on the floor to get you to your gate. Imagine if you bought an Ikea table and had an AR experience that showed you where each screw went. Or maybe you could even look through a wall in your house to figure out where a specific pipe is or where as stud is.”

But the fact that AR is soon going to be a cornerstone of our digital strategies doesn’t mean that brands have to build from the ground up. Yim suggests finding ways to incorporate AR into existing platforms and apps rather than attempting to start over.

“I don’t think advertisers should look at AR as a different feature,” Yim says. “If a brand is already in the mobile space, look at adding AR almost like adding GPS functionality to your app. Don’t try to get users to adopt a completely new app.”

For example, Yim’s company recently helped Regal Cinemas to incorporate AR into its existing app by partnering with Moviebill to offer the theaters’ 9 million app users access to 3D characters and interactive content, which both attracted new audiences and enhanced the experience for those who were already on board.

Augmented reality really shouldn’t be a one-off experiment for brands only looking to drive awareness. Instead of thinking of AR as a party trick to garner attention, it should be part of a brand’s long term storytelling strategy.

“It’s great to use AR to create a bit of a wow, but brands need to think long term,” Harding says. “It’s important to think about how AR can really tell the story and how audiences are going to use it.”

According to recent studies, 60%-70% of consumers see the value in using AR , but 77% worry that AR makes devices more susceptible to data breaches. Businesses hoping to get audiences to overcome security fears to use AR are going to have to offer clear value, instead of just bells and whistles.

And while most experts agree that AR is here to stay, the window to being an early adopter is rapidly closing. In fact, 90% of companies with revenues of 100 million or more are now leveraging AR tech. Smaller businesses looking for AR brownie points need to act fast.

“You don’t need to be a huge brand to do this,” Harding says. “Smaller brands should definitely start experimenting because this is coming. In two years everyone’s going to have AR ads, but at this point, they still get a lot of shine. It’s time to ask what your Q4 campaign’s going to look like.”

The post Augmented reality ads are here. Is your brand ready? appeared first on ClickZ.