Social Media Can Help with Your Writing Skills 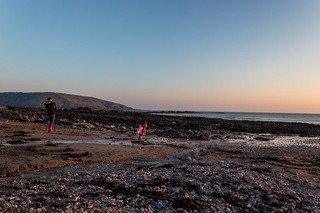 The experts are divided on the value of social media in teaching children and teenagers better writing skills. On the one hand the constant updates and texting tends to encourage kids to ignore the rules of grammar, punctuation, and spelling in an effort to get their message posted as quickly as possible. And of course the rise of emojis and other non-alphabetic symbols has sometimes completely replaced regular human speech patterns. On the other hand there can be no doubt that childhood literacy is increasing due to the constant use of social media — a good third of high school students are now reading on a college level because of the complicated and involved social media posting they either respond to or are creating themselves.

So it cuts both ways.

Social media is having an enormous impact on the written word, and many college teachers are convinced that with the proper motivation (and the proper apps) young adults will be able to master the intricacies of the English language just as well, if not even better, than their parents before them. According to Lauren Bradshaw of Custom Writings, “Programs like Grammarly and SpellCheck now automatically proof documents while they’re being written, so that young writers can make major edits as they go along, instead of having to go back over the whole thing when they’re done writing.”

Today, writing teachers are struggling to wean students away from their streamlined texting mode to something that will be more appropriate for school essays and even college entry examinations. A freshman term paper should not read like a text message to a friend about an upcoming kegger.

Although many schools have gone largely paperless when it comes to student essays, it is still valuable to know how what is written will look as a hard copy. To help students understand this, some college instructors have started using apps that mimic paper documents, with such things as pagination and indentation mark rules outlined on the app so students know how to set it up properly. There are also apps now for students who need to index their references.

Something that writing and literature teachers are definitely excited about is the ability of social media apps to ‘explode’ anything from a complex sentence to a novel like “War and Peace.” Exploding, in this sense, means taking apart the entire structure of the literary piece and examining it bit by bit, in as much detail as the student wishes. Writing instructors are seeing an improved ability to understand and even create more complex sentences and to comprehend more complex themes in the great works of world literature.

The consensus among writing instructors seems to be that yes, young people are becoming better writers through the use of apps and algorithms that do some the of the literary grunt work for them — just like young people became better mathematicians when calculators and computer programs first came on the scene to do the humdrum arithmetic for them.

It is also necessary to remember that the English language itself is considered to be one of the most dynamic languages on the planet. It has changed more in the past two-hundred years than any other major language, such as Chinese, Russian, German, and French. So it’s just possible that the rule bending practiced by today’s gen Z will become the commonplace English language rules of tomorrow.