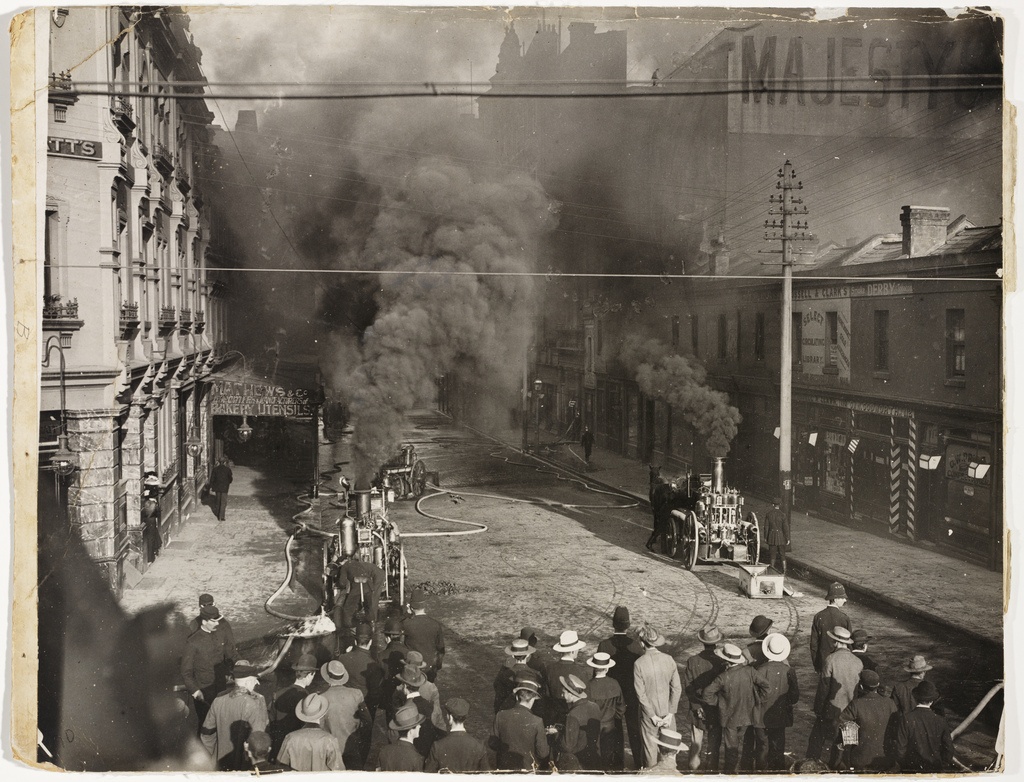 When the World Cup ended over the weekend, there were a few obvious winners, like the French national football team and their fans. Luka Modric, who won the Golden Ball trophy for best player. The bar around the corner where all the Croatians in my neighborhood raged while cheering their team on.

The tournament has billions of viewers all around the world and with that many eyeballs on the screen(s), brands are sure to bring their A Game. Now that it’s all over, we’re reflecting on the brands we think did the best job. We selected six, one for each game France won.

#LightUpTheFIFAWorldCup reflected the global nature of the World Cup nicely. All around the world, from St. Louis to Shanghai, Budweiser dispatched armies of drones that delivered beers to football fans. They drank them from special noise-activated cups that light up to encourage even more excitement.

It was a cool use of technology and a beautiful ad, which the fans loved. Budweiser’s ad debuted on YouTube in May and has since racked up more than 4 million views. It’s worth noting that the comments section is also unusually positive, with many excited Nigerian consumers thanking Budweiser for including their country.

The lack of American representation in the World Cup was likely a factor in the decreased ratings. Volkswagen took that and ran with it, cleverly tying that in with the brand, which doesn’t have an obvious connection to the sport or the tournament.

#JumpOnTheWagen highlights Volkswagen’s versatility while also offering American fans an alternative team to root for. Five-time champion Brazil appealed to the frontrunners, while Germany reminded us that they gave us the hot dog. Meanwhile, Iceland courted the compassionate; with a slightly smaller population than Honolulu, Iceland needs more people to execute “the wave.”

Telemundo Deportes celebrated the World Cup by creating its first augmented reality experience. The official Spanish language broadcaster of the World Cup in the U.S., Telemundo is another company that considered the American team’s failure to qualify. The network incorporated augmented reality into its coverage to give Americans the sense of being in Russia, illustrating the experience with some of the country’s iconic landmarks.

Telemundo further diversified its World Cup digital marketing efforts with a Google partnership. When Spanish-speakers in the U.S. Googled teams, matches and scores, the search results included (near) real-time video highlights from the network.

McDonald’s created engagement for second screeners (so, basically everyone) throughout the tournament with a World Cup fantasy sports app. Consumers got €100 million to pick their players, who won and lost points based on 18 different actions during the actual games. And in case a love of the game—more than 59 million people in the U.S. and Canada play fantasy sports—wasn’t enough of an incentive, McDonald’s gifted winners with prizes including signed swag, video games and a brand new car.

FIFA World Cup Fantasy wasn’t the only way McDonald’s used a mobile app to get in front of fans. The brand partnered with UberEats earlier this year to deliver their food to U.K. consumers. During the tournament, the service was expanded to Spain, France, Germany and South Korea.

Never let it be said that Coca-Cola doesn’t go all out. The soft drink behemoth launched a World Cup campaign that aired in 200 countries. “Being Ready” consists of three ads, including one within a video game, and a series of numbered cans for consumers to share their score predictions on social media.

Journey, Coca-Cola’s content hub, also includes digital sticker books and a virtual reality “Trophy Tour.” The latter is through a partnership with Twitter, which generated a ton of user-generated content as fans posed with the World Cup trophy.

Whenever we do these round-ups, there’s usually a wildcard brand that we include, even though they maybe shouldn’t count. This time, it’s Apple, which dominated Amobee Brand Intelligence’s engagement data, despite not actually sponsoring the World Cup.

FIFA is strict about “ambush marketing,” requiring players to cover up any non-sponsored logos. Apple’s AirPods have no branding, but they’re so distinctive that they don’t even need any. Apple headphones are distinctive and countless pairs were photographed in players’ ears.

One of the most recognizable soccer stars in the world, Brazil’s Neymar has numerous big name sponsorships, including one from Apple-owned Beats Electronics that’s worth more than $20 million. However, the picture of Neymar, who has 100 million Instagram followers, boarding a plane wearing AirPods was, albeit indirectly, pro-bono influencer marketing.

Photo courtesy of the Associated Press