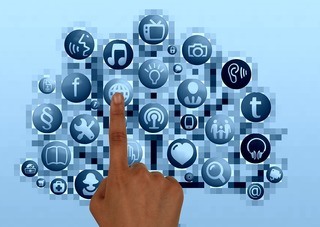 Uber still remains a thriving, popular choice for anyone that needs a ride. The company has a lot that it can teach us about social media and the way that large companies overcome PR nightmares.

The hashtag #DeleteUber started to trend in January 2017 when the company’s choice to profit from political protests was met with backlash.

But that’s not all that Uber has done wrong. The company has also been accused of improperly handling customer data, stealing IP and even sexual harassment.

The tip of the iceberg was one simple tweet. “Surge pricing has been turned off at #JFK Airport. This may result in longer wait times. Please be patient.”

Businesses can learn a lot about the right way to use social media after the company’s tweet caused droves to delete their Uber app.

When you dig deeper into the issue, you’ll find that Uber’s former CEO, Travis Kalanick, was on Donald Trump’s economic advisory council. The company’s move to disrupt protests resulted in customers that were against Trump’s policies to lash out at Kalanick.

Customers made the decision to disrupt protests as a reflection of Uber in politics. Customers assumed that the move was an endorsement of the Administration’s political agenda.

Adding political opinions into your own social media account may be acceptable, but when it comes to business, it can lead to lost profits.

If Kalanick wasn’t so close to Trump at the time, the backlash may have been minimized. Some drivers even decided to compare Uber and Lyft, leaving to drive for Lyft instead of Uber due to one simple tweet.

Respond to Backlash Firmly and Quickly

Uber’s account took five hours to respond to the backlash – forever in social media. The company’s response was: “Last tweet not meant to break strike. Our CEO’s statement opposing travel ban and compensating those impacted,” followed by a link to a Facebook post.

Make your stance known and don’t wait while the media exposure damages your business. If a competitor is the subject of backlash, you can also leverage this to your advantage on social media.

Comment on your stance, or do as Lyft did and release a statement expressing your stance and values. A lot of people that abandoned Uber at the time read the statement and started to support Lyft.

Time and Innovation Heals Most Wounds

Negative PR needs to be met swiftly, and if there’s one thing social media allows, it’s the quick spreading of news – negative or positive. Uber didn’t react to the backlash quickly, but their innovative service and time helped the company overcome the backlash.

Small businesses may have closed their doors after a scandal.

Uber’s net losses were $4.5 billion in 2017, but net revenues jumped 85% from the year prior to $37 billion (not bad for a company that underwent scandals, social media nightmares and countless complaints).

Losses fell 3 out of the 4 quarters in 2017, so it’s safe to say that the public will forget about mishaps, such as the #DeleteUber campaign, when prices or service are better than the competition.

The post What We Can Learn from Uber’s #DeleteUber PR Nightmare a Year Later appeared first on Social Media Explorer.