Alexa, what’s for dinner?: Why Campbell’s is doubling down on voice 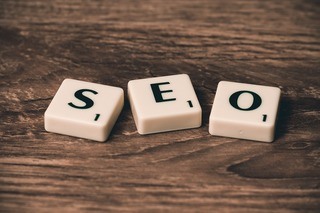 What’s for dinner? It’s a common question, one everyone has probably asked themselves, their families, friends, significant others and Google (which has 666 million suggestions). Campbell’s launched an Amazon Echo skill because the brand foresaw people asking Alexa, too.

That skill is particularly noteworthy because Campbell’s was the first consumer brand to launch one in 2015. Soup and voice search don’t sound like an obvious pair, at least not at first. But Matt Pritchard, VP of Digital Marketing, explains that Campbell’s has always shared recipes with consumers, whether the medium was magazines, books or the Campbell’s Kitchen app. Alexa is simply a more modern way to get those messages across.

“The brands that want to win today need to understand the customer journey, and figure out how they can interject and add value along the path to purchase,” says Pritchard. “I equate voice search with search in the late 90s, as being impactful in the way consumers interact with brands and products.”

The evolution of the Echo

Since its inception, Campbell’s Kitchen hasn’t evolved a tremendous amount, though it now has a visual element for Echo Show. Its biggest change has been an increasingly wider reach, as more people buy and use smart speakers.

More than 47 million U.S. adults have access to a smart speaker, according to January research from Voicebot.ai. However, that number has likely ballooned in the subsequent six months, especially given it was just Prime Day. Surveying 39,000 people, Forbes found that after people buy Echos, their Amazon purchases increase by 29%, particularly in the CPG category.

“We’re a consumable product so we have much a quicker buy cycle than, say, a refrigerator that you may not replace for 10 years,” he says. “But we imagine a scenario where Alexa keeps track of what you buy and cook for four nights, and together with the connected kitchen, repopulates your shopping list. That frictionless shopping is really where you have to revolutionize the engagement.”

Alexa has benefitted Campbell’s in another way: Data. While Amazon has been known to keep its data on a tight leash, companies with Echo skills have access to fairly robust dashboards.

“Data underpins everything we’re going to do,” says Pritchard. “Businesses like ours sell the vast majority of our products through retailers so we haven’t always had as much data at our fingertips as we should have.”

With that data, Campbell’s can see how people interact with the brand and as a result, improve the customer experience. The new shoppable recipes functionality on Campbells.com is one way that’s already happening. Consumers can select a recipe and click the “Get Ingredients” button, adding their zip codes and favorite grocery store. Using artificial intelligence, Campbell’s then exports the ingredients to shopping carts on places like Instacart, AmazonFresh and Peapod.

“We’re adding value because the skill isn’t just there to peddle soups,” says Pritchard. “It’s become a resource. We have an opportunity to engage with consumers and really shape how our brands come up in their space. I think the next year will be huge in terms of further development in voice.”

The post Alexa, what’s for dinner?: Why Campbell’s is doubling down on voice appeared first on ClickZ.