Is Facebook Still A Good Marketing Platform For Your Business? 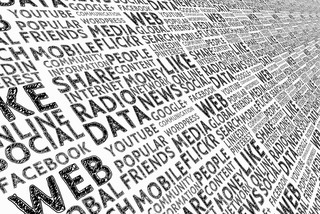 Facebook has had a rough year. Every since the 2016 Brexit referendum and US Presidential election, public scrutiny on the social media giant has intensified. Millions of people said they would ditch the platform, including some well known celebrities. Companies like Mozilla, Sonos, and SpaceX ditched the platform following the #DeleteFacebook movement too. Meanwhile, the company has faltered its way through one PR disaster after another while increasing the amount of money it spends on lobbying governments around the world. In fact, some analysts have even started comparing Facebook’s recent behaviour to that of big tobacco companies.

With the dent in public perception of the Facebook brand, should businesses still consider it a viable marketing platform? If you’re launching a new marketing campaign, here are some of the things you may need to consider:

What Does Your Business Do?

Nearly 2 billion people actively use facebook every month despite the recent scandals. It is still the biggest social media platform by far. But that’s not necessarily good for everyone. If your business operates in a niche and you require access to a smaller segment of the market that’s more passionate about your offering, Facebook might not be the best call. If you’re a startup in the cryptocurrency space, your blockchain PR would involve marketing on sites like Reddit or Medium where the audience is more engaged with your message. Facebook is still a great platform for certain businesses, but not all.

Gaining the attention of millions of Facebook users is easier said than done. The fact that you can’t reach everyone on the platform isn’t a bug, it’s a built-in feature. According to NYU professor of marketing Scott Galloway, over the years, the site has adopted a more pay-to-play strategy. The only way your messages will get out to tens of thousands of people on facebook is through paid ads. Facebook’s algorithms have pushed personal stories above businesses and publishers, so may need a hefty marketing budget to get your word across.

Do You Face Customers or Other Businesses?

Facebook is meant to be fun and personal, both of which are not ideal for B2B businesses. Selling to other businesses is a lot more appropriate on formal platforms like LinkedIn. Most B2B marketers say they prefer Twitter or LinkedIn over Facebook for marketing results. Some prefer YouTube for visual content and self promotional videos. However, Facebook is better for consumer brands that need to get their content out to a more casual audience.

Facebook is still the king of social media based on the sheer number of users. However, your business marketing strategy needs to go beyond simply catching momentary attention. Facebook’s grasp on the public is slowly slipping and younger users are growing up with newer, more diverse platforms like Instagram and Snapchat. To create an audience and drive engagement your business needs a more targeted marketing strategy deployed on niche social platforms.

The post Is Facebook Still A Good Marketing Platform For Your Business? appeared first on Social Media Explorer.