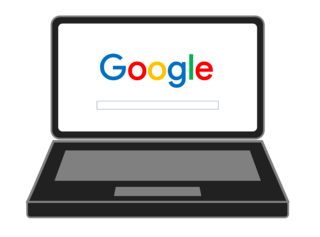 With Google constantly updating their search algorithms and services on a monthly basis, it is only fitting that their Google affiliate YouTube also launch their own set of updates as well. Being the second biggest search engine in the world, YouTube also has the largest online video database in the world, with billions of hours’ worth of videos to watch.

Along with being the largest video platform, it is also one of the highest earning websites as well, with a huge number of users earning through their monetized videos. With the overwhelmingly large amount of videos in the site, YouTube also has its own ways to optimize search and improve visibility. One of the newest ways to search videos on YouTube is through the use of hashtags. The use of hashtags has already been seen on social media sites like Facebook, Twitter, and Instagram, and has helped create some of the most successful and viral social media posts and campaigns.

With this new feature, let’s see how hashtags help expand YouTube search and help you find the right videos.

Ever since hashtags were introduced on Twitter in 2009, it has become an important element in social media posts, as it provides the option for users to be able to track various posts and events with similar hashtags. Putting a hashtag on a post will add a hyperlink that allows users to click on it and see the posts. Here is how hashtags look like on their respective platforms.

This is how hashtags can be viewed on Facebook:

For Twitter, hashtags are also used to track down trending topics and posts, which can help you see which ones have gone viral in certain parts of the world. For Instagram, having multiple hashtags helps posts become more visible to users, as they will be able to view them in a single place.

When it comes to hashtags on YouTube, hashtags are used as another method to be able to search for various videos. For example, if I want to watch a video about the latest Nintendo news and announcements, I have to use #Nintendo to look for related results. Like the three social media platforms, YouTube uses hashtags to make related content easier to view in a single location, allowing you to find the best content for your keywords.

How to add hashtags to your videos

Adding hashtags on YouTube is as easy as adding a video description and video title. All you have to do is to add the hashtags on the video description itself. After uploading the video, you will be able to see the hashtags above the video. Based on what I have seen in numerous videos that have used hashtags, I can only see at least three hashtags above the video title. It is important to note that you can only add a maximum of 15 hashtags in a single video to prevent getting penalized for over-tagging.

All in all, this is a simple and straightforward process that will become another important part of your YouTube SEO. While the change only requires you to add hashtags for searchability, choosing the right ones now become a crucial element. One of the main reasons why hashtags are added into the platform is because YouTube wants users to be able to avoid misleading and offensive content, as per their new policies. This means that users will be able to access more quality, informative, and authoritative content that fits their preferences.

While hashtags are still a new feature on YouTube, it is important that you update your older videos to further improve their searchability, and make sure that these hashtags truly reflect the content that users would expect after typing in that hashtag.

If you have questions and inquiries about YouTube SEO and SEO in general, leave a comment below and let’s talk.