A Look Into the Latest Google Algorithm Update (July 2018) 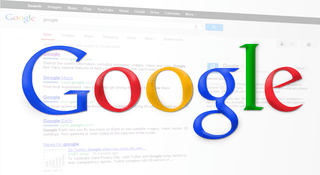 Google is a search engine that always finds ways to innovate and optimize their services to improve the overall user experience and provide the best search results. This 2018, we have already seen numerous updates, from Google Images removing the ‘View Image’ option to Google launching an algorithm update last March that caused a fluctuation in rankings.

This past month, Google has once again launched a new set of algorithm updates that continue to optimize search. One of the latest updates is the Google Speed Update, which aims to implement mobile loading speed as a search ranking factor. Mobile SEO has been gaining more traction over the past year, which is in line with the growing number of mobile users using search on their devices. We have covered mobile optimization in detail previously, and with the updates rolling in, it is time to re-open the discussion. Here are some of the most important updates during June and July 2018, and how to optimize your website to comply to these changes.

The first update we will be discussing is the newly-launched Google Speed update, which adds mobile page loading speed as a ranking factor. Mobile search has seen a rise in the number of users and searches inquiries over the past few years, with more people having a preference for browsing using their mobile devices. This rise saw Google once again adapting to the current trend and crafting new updates that make search work more efficiently.

Page loading speed is an important ranking factor in Google, as it directly affects the user experience. If a website takes too much time to load, users will prefer to view a different website altogether, thus reducing your chances of helping your traffic grow. With the Google Speed update, loading speed is once again in the spotlight, this time on mobile. With mobile loading speed a ranking factor, mobile optimization is the key to making it all work better for your website.

We have covered in detail the important steps that need to be done to prepare for the Google Speed update, and now that it has arrived, your site would be well optimized, having solid load times. One important process that helps boost up your loading speed is by using website audit tools such as Google Lighthouse and Woorank, which allows you to review your website and see how you can improve loading speed. Caching tools also come in very handy, as they help load files much faster, boosting your loading speed significantly. AMP integration is also crucial, as this will

For those concerned with how will this update affect your website, Google stated that only the “slowest” websites will have their search rankings affected. Despite this statement, there is still a good chance that you might lose a good chunk of your traffic if you do not optimize accordingly.

Along with the launch of Google Speed, there have been instances that rankings have been fluctuating over the course of a month, with a lot of SEO professionals thinking that another algorithm update might be underway and that Google is once again testing the waters. While these fluctuations are normal and have happened earlier in the year, it is still worth a look to make sure that your SERP rankings will not be permanently affected.

It is important to note that a good number of tools are picking up these fluctuations. In Accuranker, the Grump rating for the past few days has ranged between Grumpy and Furious. This means that rankings have been going up and down during the past few weeks.

SERPmetrics has also picked up these fluctuations as well, with the graph also bouncing up and down during the past few weeks.

This is another interesting development that is worth monitoring in the next few weeks, as Google tends to subtly test out these updates quietly before officially launching it. Whether this is another effect of the Google Speed update, or simply just a test, only Google can confirm our speculations. For the meantime, keeping watch on your rankings is a must this time of the year, as more updates will surely arrive soon.

Google algorithm updates are always big news, despite how simple some of these can be, as they have an impact on our rankings, and can be a sign that new strategies and techniques need to be developed in order to keep your rankings up. With Google continuing to push for more mobile-friendly updates, expect more changes in the upcoming weeks.

If you have questions about mobile optimization or SEO in general, leave a comment below and let’s talk.