AR isn’t just fun and games: Here are the brands at the forefront of functional AR 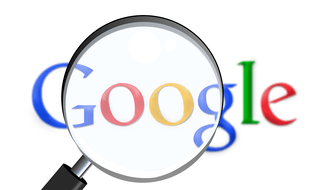 It’s hard to believe that it’s only been two years since Pokemon Go became a national obsession and made augmented reality (AR) not just a possibility, but a reality, for digital marketers. These days, it seems like everyone is trying to figure out how to make AR work for their brand, but the key to creating an AR experience that gets audiences engaging, according to Jason Yim, CEO of Trigger Global, is to focus on functionality rather than novelty.

“A lot of brands are looking at AR, and first thing that comes to mind is something gimmicky,” Yim says. “It’s important to create something that’s a bit of a wow, but brands need to think more long term. A one-time experience might not be a great investment.”

As the shine wears off AR for audiences, brands that offer utility instead gimmicks are more likely to see results from their AR campaigns. According to the 2018 Fresh Relevance Loyalty Forecast, 33% of consumers are more likely to purchase a product if a brand gives them an accurate picture of how it will look in real life, and AR can be a boon to marketers looking to help customers picture their products in the real world. Here are some of the brands on the forefront of functional AR.

The home-design site, Houzz, was one of the first brands to see the utility of AR. Last year, the Houzz app launched “View in My Room,” a 3D experience that allowed users to place over 300,000 items in their homes, making fitting new furniture a snap. The results were immediate. According to Houzz, the AR experience made customers 11 times more likely to buy.

Another furniture brand early to adopt the AR experience was Ikea. Traditionally, the brand has relied on its huge, intricate showrooms, rather than ecommerce, to show off its products and has typically shied away from digital campaigns. However, the Ikea Place app, which was one of the first to use Apple’s ARKit, allows users to bring that well-designed showroom into their own homes by virtually rendering nearly 2,000 products right in users’ own living rooms and offering the option to reserve the pieces they want. The app went on to become the second most popular free app built on ARKit, proving that audiences are just as eager to adopt functional AR as they are to use the technology for fun and games.

Converse, the iconic sneaker line, was using AR before the world was talking about it. Way back in 2010, the brand introduced its Sampler app, which allows users to virtually try on a new pair of Chucks by simply pointing a phone at their feet. The app also allows lets users share images with friends for a second opinion and purchase shoes in-app.

While many news outlets are still struggling to understand the potential of AR for readers, USA Today is leveraging the technology to bring audiences inside the story. In March 2018, USA Today used augmented reality to take readers inside space exploration with an animated hologram that showcased a rocket launch from liftoff to landing.

The Disney brand is all about magic, so it’s no surprise that the company has embraced the storytelling potential of AR. It’s newest offering, which the company is billing as “reverse AR,” is meant to entertain the whole family while waiting in line at Disney theme parks by combining beacon technology with AR to activate real-world objects so that users can interact with their ride before they even get on: for example, families can rockets fly overhead while standing in line for Space Mountain.

Disney is smart to incorporate AR into an existing narrative, says Cortney Harding, founder of Friends With Holograms.

“AR technology should serve the story first and foremost,” Harding says. “AR needs to focus on something that people really want to interact with.”

Sephora’s Virtual Artist feature takes the guesswork out of ecommerce. Traditionally, makeup lovers shopping online have to order products without knowing how they’ll look in real life, but Sephora is leveraging AR to accurately track facial features and offer hyper-realistic renderings of product colors so that users know exactly what they’re buying when trying on cosmetics using the app. Since launching, users have tried on over 200 million shades in 8.5 million visits to the feature.

As with any marketing buzzword, there’s already backlash to the AR craze. Grumblings about the poor sales of VR and AR headsets have already started to surface, leaving some wondering if AR is just a fad. However, the AR experiences that audiences love don’t generally need additional hardware, and they aren’t just fun and games. Virtual and augmented reality are set to be a $117 billion-dollar industry by 2022, as consumers (and marketers) begin to realize the true potential of experiencing products in 3D.

“AR is just more useful than a traditional ad,” Harding says. “The proof is in the data, and AR is definitely set to change things.”

The post AR isn’t just fun and games: Here are the brands at the forefront of functional AR appeared first on ClickZ.