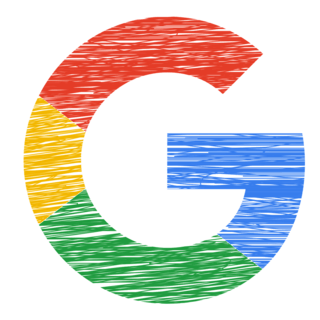 We’ve tasked our research team with creating a weekly report that will cover current events in the world of MarTech. What we’ve come up with this week: SessionM raised $23.8 million, in a funding round led by Salesforce Ventures, for their customer loyalty programs. Google launched a new marketing platform to replace the G-Suite. Lastly, Amazon cuts out their ad agencies to cut out the middleman and work directly with marketers.

If you have any news from this week that you would like us to consider including in next week’s report, please feel free to get in touch by emailing sam.lawson@clickz.com.

To receive updates when the report is available, please sign-up for our daily newsletter here.

SessionM co-founder and CEO Lars Albright, spoke about the whopping investment and stated that the funds would be utilized to improve sales, marketing, product development, talent acquisition, and international expansion. He said in a statement, “Our platform is purpose-built to inspire loyalty in consumers as measured by increased frequency, spend, and satisfaction. That’s made possible through delivering high-impact personalized experiences that are rooted in every customer’s unique data. It’s extremely gratifying when some of the best and most innovative companies in the world look to SessionM to help them solve their most pressing initiatives around personalization and customer engagement.”

Google has launched a new marketing platform to replace the G-Suite. The Google marketing platform combines features from DoubleClick and Google Analytics 360. This helps marketers plan, measure, and optimize all aspects of their digital campaign to create better and improved customer experiences. The platform also features an “Integration Center” which connects ads and analytics to discover connections between products on user websites.

LinkedIn announced a complete overhaul of its Campaign Manager. The overhaul saw the platform’s interface redesigned and its back end built out to load data at faster rates. The redesigns also included a new navigation structure that allows users to switch between accounts and campaigns, while focusing on ads with two clicks.

The platform’s search function has also been updated, which means that ad managers can run multiple campaigns and quickly locate data for a specific campaign by searching the campaign name, campaign ID, or ad format. The overhaul also introduced a new one-click feature that lets users access various sets of metrics from their LinkedIn campaigns and make adjustments to optimize their campaign performance. LinkedIn has confirmed that the updated Campaign Manager will be released in the coming weeks.

The Google AdWords rebrand was made official as marketers were greeted by the sight of the new Google Ads logo, when they logged on to the AdWords platform last week. The rebranding efforts didn’t stop there as the Google AdWords Twitter account was replaced by a Google Ads account. Google confirmed that the company would be rolling out more features over the coming months as a part of the new rebrand for the AdWords platform in a tweet, “Last month, we announced that Google AdWords is becoming Google Ads. Starting today, you will begin to see the new Google Ads brand reflected across our product, Help Center, and other channels. This will take several months to roll out fully.”

Crypto Ads on Google are not back: Google confirms

Google had previously stated that social media giant would be banning crypto ads from its Ads platform by June 2018. Last week, marketers found themselves confused as they received alerts about crypto ads making a comeback to Google Ads – specifically, ads for Coinbase. However, the news turned out to be nothing more than speculation as Google was forced to confirm that crypto ads were indeed banned from the platform.  Google confirmed the news in a tweet which read, “Ads promoting cryptocurrencies and related content are not allowed to be advertised via Google Ads.”

Amazon to test new ground for its sponsored products ads

Online vendor Amazon is in talks with multiple brands about participating in a new test that would increase the scope of its sponsored product ads and deliver them to external websites to retarget customers who are regular Amazon users. These ads will also appear on websites that are already a part of Amazon’s advertising marketplace. Upon clicking the ads, customers will be delivered to brands’ storefronts back on Amazon’s official website.

Amazon is reportedly working directly with brands on advertising deals, through Amazon Marketing Services. In doing so, the online vendor has cut media agencies out of the equation completely. Amazon has stated that they are working directly with advertisers to gain deeper insight on subject matters like retail analytics.

The new arrangement also grants Amazon access to relevant data that is useful for its platform, such as product pricing and available offers. Most brands that operate under Amazon seemed fairly enthusiastic about the development, as Dan Salzman, Hewlett-Packard’s global head of media said, “Given that Amazon search and Amazon reviews are a key part of the purchase journey for many of HP’s customers, Amazon’s ad product is an effective tool for us to drive the customer to our brand.”

B2B intent data integrator Bombora and Marketo have teamed up to change how customers utilize data in their marketing campaigns. The new partnership also means that Bombora will now be offering its services to all Marketo’s customers globally. It also brings a slew of other benefits which allow Marketo customers to identify which accounts inside Marketo are actively shopping across the web, prioritize target accounts, construct lead scoring workflows to direct high-intent prospects straight to sales, sync intent data with Salesforce or Microsoft Dynamics and more.

TK Kader, Senior Vice President of Strategy and Alliances, Marketo shed some light on the impact of the new partnership and commented, “Providing intent data from Bombora to our customers creates an opportunity for them to engage with buyers who have a high propensity to buy, ultimately delivering better pipeline to sales and increasing the velocity of the sales process.”

Speaking about the partnership, Allison Metcalfe, general manager of the TV at LiveRamp, stated, “This is a very strategic integration that brings the speed, scale and transparency of Inscape’s smart TV viewing data to LiveRamp’s ecosystem platform partners, agencies and brands who leverage LiveRamp for identity resolution.”

For feedback and to submit any news to be included in the report, please email sam.lawson@clickz.com.