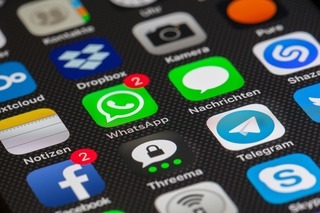 The United States now has the highest social media penetration rate in the world, with a staggering 81% of the population having at least one kind of social media profile. Overall, there are now 208.9 million social media users in the United States, and the social media trend shows no signs of slowing anytime soon: by 2021, the U.S. could have 217 million users. Based on the latest data, here are three key trends to know.

One common theme in the mainstream media is that Facebook has lost its grip on the youth market. The two social platforms that seem to have made the greatest inroads in the youth market are Instagram and Snapchat. And, indeed, 35% of teenagers say that Snapchat is their favorite social media platform.

One interesting figure to check out is the market penetration rates of the other major social media platforms, to see how they compare to Facebook. It’s here that you can see just how clearly Facebook controls the market. Three of the Top 4 social media platforms, as measured by market penetration rate (and not by number of users), are Facebook (72%), Facebook Messenger (51%) and Instagram (39%). Trailing far behind all these are Twitter (35%), Snapchat (26%) and LinkedIn (23%).

But here’s the interesting thing – YouTube barely nudges out Facebook in terms of market penetration rate, 73% vs. 72%. That suggests that video is still the one place where Facebook hasn’t figured out how to beat the competition. Facebook Watch, the social platform’s foray into TV, seems to have fizzled. And while live streaming and other video innovations at Facebook have boosted engagement and usage, it hasn’t resulted in people leaving YouTube behind. On a global basis, YouTube has 1.5 billion users, ranking second only behind Facebook.

Going forward, it’s easy to predict that Facebook will remain essentially unchallenged as the king of the social media platforms. Its strategy of dividing and conquering through Instagram seems to be working. Just a few years ago, you could make the plausible argument that Twitter and Facebook were rivals, or that Snapchat and Facebook were rivals, but those days seem to be coming to an end. In the United States, at least, Facebook is still the king.