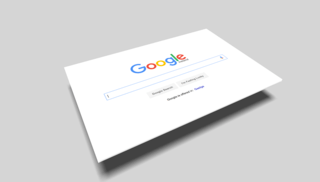 In our review of last weeks MarTech news, we focus on Google’s plan for a censored search engine in China, then move onto key movements from Facebook and HubSpot.

Also, for those of you that missed our round-up of 10 rapidly growing MarTech companies from last week, check it out now. You can also see our analysis of Salesforce’s $800 million acquisition of Datorama and what it means for analytics and attribution platforms here.

It was picked up again after a meeting between Google CEO Sundar Pichai, and a top Chinese government official in December 2017. The websites also state that the list of blacklisted terms for the websites include topics such as human rights, democracy, religion, and peaceful protests.

Why does this matter?

In 2010, founders Sergey Brin and Larry Page decided to pull out of China because “they didn’t want to accede to censorship demands.” So the newly censoring of search engines is a shift in direction since the 2015 appointed CEO, Pichai.

It’s rumored it will be released over the course of the next 6 to 9 months, provided it is approved by Chinese officials. But, there are still lot of questions that are being presented to Google that they are clearly not ready to answer. Like a group of six U.S. Senators last week, sending a letter to Pichai asking for clarity about the project’s existence and details about its operation.

He has yet to comment and it’s not clear on how this is going to play out, but it’s certainly one to watch.

Facebook’s security chief is leaving, and no one’s going to replace him

Facebook’s Chief Security Officer, Alex Stamos has handed his resignation and will be leaving the role on August 17th, 2018.

Stamos began his career at Facebook in 2015. Prior to Facebook, he worked at Yahoo in a similar role, but had resigned after discovering that the company had built a system to scan emails for the US government.

It’s not actually that much of a big deal as Stamos had actually already put in his resignation, pre-Cambridge Analytica.

But this year hasn’t had a shortage of controversy for the social media pioneer, as they’ve also had an issue with retaining users deleted videos, Russia meddling scandals, photo and links scams over messenger, and the list goes on.

After Facebook, Stamos will be teaching and conducting research at Stanford, as planned.

The company has decided to not replace Stamos, and his team at Facebook will be liquidated.

Facebook will continue on without him, but they’ve posted a few statements about the issue. Facebook said “We expect to be judged on what we do to protect people’s security, not whether we have someone with a certain title.”

A new EMEA VP for HubSpot

Christian has been with HubSpot since October 2015 as Director of Sales. His role was coordinating the company’s sales strategy across major regions. Kinnear proved he was a leader and worked his way up the ranks. He then served as HubSpot’s EMEA Managing Director for the past three years. Having someone who is homegrown in the position is an asset in any company.

What’s he going to be doing?

As the new EMEA VP Christian will handle daily operations driving collaborations across all functions, as well as develop and implement programs that will be crucial for the global growth of HubSpot.