The experts’ guide to selling on Amazon 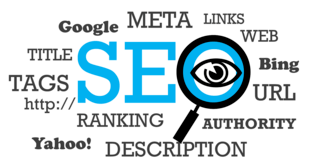 Right now, my Amazon cart has $250 worth of products in it. They include, but are not limited to, a set of curtains, a dish drainer, and Korean vitamin C serum. I have a record player and some Doc Martens saved for later. What do all these things have in common? Absolutely nothing, except that I wanted them, and it’s easier to order them all from Amazon with my Prime membership than go product-hunting across the internet.

The Washington Post, which is owned by Amazon founder Jeff Bezos, recently became one of the many publications to ask “Is Amazon good or bad for small business?” Similar to everyone else, their answer was a resounding, “I dunno.” While the company boasts that 300,000 small-to-medium businesses (SMBs) sell through its Marketplace, vendors report the company’s rules can sometimes be a bit much. But customers, including myself, are buying everything from beauty products to groceries on Amazon, and SMBs who aren’t on board run the risk of missing the boat.

More than half of Amazon’s sales in 2018 were through third-party sellers. And with Amazon’s record-breaking growth in a time when many brick and mortar retailers catering to the middle class are closing their doors, it seems like a win-win for many SMBs to test the waters. Yet a recent study by ClickZ and Catalyst found that only 17% of B2C brands had an Amazon strategy in place.

A full two-thirds of businesses with no plans to sell on Amazon reported that they simply didn’t know there was an opportunity. But as Amazon continues to dominate, many experts say that opportunities abound.

Why sell on Amazon?

At a time when it’s relatively easy to build your own ecommerce site, why would businesses prefer Amazon? Because, according to Brian T. Edmondson, founder of Internet Income Coach, your customers are already there and looking to buy.

“Amazon is a site that gets massive amounts of traffic. But not just any type of traffic, rather traffic that already has buyer intent,” Edmondson says. “There is a huge trust factor with Amazon and whether your products are being fulfilled by Amazon or if you are fulfilling them yourself – people will be more likely to do business on Amazon because they trust the site.”

Getting started is super simple

To get started selling on Amazon, all a business has to do is sign up to sell in one of the 20 categories Amazon offers, such as beauty, baby products, etc. There’s a $39.99 fee for companies selling more than 40 products a month. However, if your business sells to a niche market, like, for example, a medical supply company looking to sell in bulk to hospitals, you’ll need a Professional Selling Plan and pre-approval from Amazon to get started.

But understanding Amazon’s SEO is crucial to success

But setting up an account is only the first step. To truly stand out among the thousands of products Amazon offers, businesses really need to learn the best language for Amazon’s search, according to Kiri Masters, founder of Bobsled Marketing.

“The biggest mistake companies make is thinking they can just upload their product and wait for orders to come in,” Masters says. “Amazon works like a search engine, and sellers need to understand SEO rules and how products are ranked.”

Masters says that companies should pick 25 products from their inventory most likely to sell and work on advertising and describing those products in a way that will bring them to the top of search results.

“As with Google, Amazon doesn’t tell us exactly how search works,” Masters says. “But they have told us relevance is pretty standard. Something described specifically, like a green coffee mug, is always going to rank higher than a teacup.”

Another important factor for Amazon rankings is Prime eligibility. While standard shipping is cheaper, there are 100 million Prime customers in the Amazon ecosystem, and since they each pay upwards of $100 a year for the service, they’re unlikely to buy anything that isn’t Prime eligible.

And finally, reviews matter. Despite rampant reports of sellers bolstering their products with millions of fake reviews, customer feedback is still a huge part of determining which products go to the top of the results. Good products and positive reviews still stand out, since the fakes are generally pretty easy to spot.

Looking at the huge numbers Amazon third party sellers are racking up could be a little disheartening to the would-be vendors who feel it’s simply too late to get in on the ground floor of Amazon success. But every day, customers are opening up to new possibilities for what they might purchase online.

A few years ago, grocery stores were confident that customers weren’t open to ordering food online. Now, users are ordering produce and dairy in bulk. The possibilities for all businesses, including B2B, are practically endless, according to Masters.

“At this stage everything is up for grabs,” Masters says. “Even luxury beauty brands that originally thought they could only sell in high-end stores are finding that’s not true. Every category that says it wouldn’t be disrupted has been disrupted, including B2B products, like surgical gloves, are now being delivered direct to doctors’ offices.”

As Forbes correctly pointed out, selling on Amazon can be a mixed bag, since the company doesn’t have the strongest reputation for taking vendors’ side in disputes. But as customers increasingly move online, the allure of ordering everything they need in one spot, from a head of lettuce to a new muffler, is hard to resist. Businesses that fail to show up in a marketplace full of customers ready to buy are absolutely missing out.

The post The experts’ guide to selling on Amazon appeared first on ClickZ.