Strategies to win over a TV streaming audience 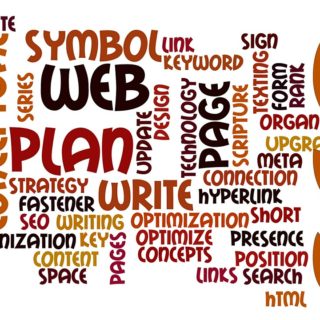 Over the past decade, there has been a steep decline in cable television audience.

With just under 80% household penetration, the cable and satellite companies and their advertisers are facing a dire situation. IBIS world predicts that current trend of -2% compound growth will continue till 2023. The US television’s share of total advertising spending will decline from 33.5% in 2018 to 29.4% in 2021 and the reallocation of dollars may move to digital channels.

Although the Pay TV share continues to remain high, there is uncertainty about how much longer this trend will continue.

To help survive in this very competitive market, below are three crucial strategies from BingAds.

Studies indicate that the disposable income allocated to entertainment has remained around 5.5% over the past 85 years. In addition, the average time spent on video in the US is around 5 hours and 13 minutes per day. The same consumers are also beginning to spend a lot of time on streaming content. But the number of hours in a day are limited, along with the number of channels consumers actively watch.

In 2016, the average number of videos on demand services per household were around 1.3, a figure that is slightly higher today. With streaming penetration at 62% and 51% of all streaming users subscribing to more than one service, there may still be room for new customer penetration and after the customers reach a saturation point, convincing the rival service customers to switch will become an immediate necessity.

Focus on speed and quality

ComScore data indicates that households with more than two individuals tend have a higher likelihood to stream than a single person household and as the household size increases, more connected devices consume a variety of content throughout the day.

This places considerable strain on the network. Because excellent video quality is of utmost important for streaming services, anything short of a positive experience could lead to major discontent with the internet service. So, marketing messaging about why consumers need to buy faster speeds and better bandwidth and communicating the “why” behind fast speed and high bandwidth on search and other digital mediums is essential.

Despite the undeveloped infrastructure, 5G is a topic that advertisers may want to get ahead of.

5G is much more than the next generation network that carriers are going to take advantage of.  It marks the beginning of a new age of digital services and infrastructure that will impact all the fields including finance, pharma, autos, real estate, entertainment, and manufacturing.

Appeal to your audience’s needs

In addition to speed and bandwidth messaging, advertisers need to customize their copy to include the issues that matter most to their consumers, namely price and content. It is interesting to note that the consumers who stream tend to have lower incomes and are younger in age. This price-conscious audience group expects to receive the best deal and an excellent streaming experience from their internet service provider.

When it comes to content, consumers spend 30% of their time on streaming services discovering programming, which isn’t much different from what is happening on the search engines.

According to our internal data, of the total cable/satellite Bing Network prospects, 26% search for programming content, with 13% of their searches centered around shows, movies, and live broadcast events, including sports. Of the 42% streaming Bing Network prospects who search for programming, 22% of the searches centered on movies, television shows, and broadcast events (sporting, etc.).

Many of the searches are based on programming titles/episodes/seasons/networks or titles plus “streaming/online/live.” Advertisers can use this knowledge to get ahead of relevant season premiers and events to boost subscriptions.

As emphasized, streaming is here to stay. Advertisers need to cater to the audience that uses connected devices. A strong video streaming user strategy is imperative to increasing the penetration and curbing subscription loss.

Over the long-term, pay TV providers will need to rethink how they do business. To survive they need to stay competitive in a world that will be hit hard by artificial intelligence, augmented reality, virtual reality, services and connected everything (Internet of Things).

The post Strategies to win over a TV streaming audience appeared first on ClickZ.