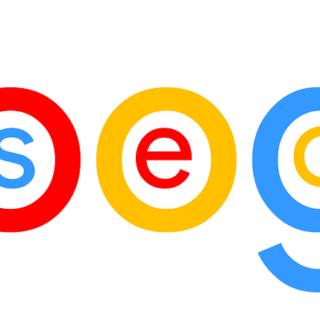 Artificial intelligence has a lot of potential to further improve mobile ad monetization. In the future, expect AI to benefit app developers and publishers in three key ways:

For publishers, it’s critical to ensure they are getting the most bang for their buck in terms of selling advertising inventory. Considering that apps make more from advertising than they do from any other channel, app developers and publishers want to make sure they are receiving premium prices from advertisers in exchange for letting them run an ad.

The problem is the lack of consensus around pricing. While second price auctions used to be more commonplace, first price auctions are starting to win out. But, many have instead turned to bid shading, in which a supply-side platform attempts the split the difference between the two. And, compounding all this are the issues inherent in the dominant waterfall system. For publishers, this means that it can be hard to intelligently determine how much their inventory is actually worth.

So how can AI help address these concerns? In the future, machine learning algorithms can, in real time, optimize pricing to ensure that advertisers are always paying a fair price for each and every ad impression. That way, both advertisers and app publishers never have any doubt as to what the accurate price should be for any particular transaction, and all players would have more transparency into pricing mechanics.

For example, let’s say a potential high value user opens the app. Right now, advertisers determine how much they want to spend to reach that person through two means: historical bid prices and auctions. But, with AI models, those brands could more accurately determine how much that person could be worth to them using machine learning techniques such as lookalike modelling, and then determine ad pricing accordingly.

On the mediation side, AI systems can explore demand for different segments at different times using multi-arm bandit techniques and deliver the best overall yield for the publisher.

For app developers and publishers, it’s especially crucial to provide a positive and seamless user experience — or else they will find themselves without a user base. A typical in-app session lasts less than 60 seconds, so it’s critical than an app quickly and easily meets a user’s wants and needs.

In today’s hyper-competitive app landscape, with more and more apps coming onto the scene, publishers and developers must make sure they are always providing a positive user experience if they want people to continue to download and use their app. Is the app meeting their needs? Is it easy to navigate? Are ads and push notifications helpful or intrusive? Getting the answers right here is crucial, as approximately 25 percent of all apps are only used once, and around 58 percent of people who delete apps do so because the app wasn’t being used or because it wasn’t meeting their needs.

In the future, however, expect AI to help publishers address this problem. Machine learning algorithms can assist in constantly tweaking and optimizing the user experience being offered, so that an app is constantly capable of meeting someone’s needs at all times. Every user has a different set of value propositions that she or he responds to in a different contexts.

As a corollary, every user has ad experiences that they could do without. AI systems can operate at fine granularity to refine user experience by understanding these sensitivities at a user level.  They can help by delivering contextually relevant ads, and by detecting and removing malicious or misaligned ads before they’re ever served. AI can help developers and publishers better determine the likes and dislikes of their user base, and then make changes as necessary.

This will be hugely beneficial not just for user retention but for advertising monetization as well. With more people coming to the app and happily using it, advertisers will increasingly want to run their creatives there and target this audience. Plus, with a fully optimized user experience, ads will appear in a more optimal fashion, so that they are better targeted, more relevant and more likely to be recalled later on.

As in-app advertising has risen to record highs, fraudsters have been waiting in the wings. Mobile ad fraud is bigger than ever, and shows no signs of slowing down.

This is bad news for app publishers reliant on ad revenue to stay afloat. If in-app advertising develops a permanent reputation for fraud and malfeasance, then brands will be far less likely to want to reach audiences here no matter what.

Efforts to thwart in-app ad fraud for once and for all have largely fallen flat, in large part because they’ve been reactive. Only once an issue arises do app publishers and advertising supply chain partners take steps to stop it.

This approach, however, is always a few steps behind fraudsters, allowing them to run amok for a while before they’re stopped. And, as soon as one issue is addressed, fraudsters have likely identified multiple other loopholes to exploit.

But what if problems could be spotted and addressed before they ever appear in the wild? This is the appeal of artificial intelligence in fighting mobile ad fraud.

The idea here is that AI can help identify where fraud is likely to appear, thus alerting app publishers, developers and others to potential pitfalls early on so they can be patched before problems ever pop up. Ideally, AI will be like an accurate crystal ball, predicting the future of ad fraud before it ever becomes reality.

How soon to expect AI to really affect monetization

For the most part, the benefits that AI can bring to the app monetization and mediation space are purely theoretical. Like most AI applications, its positives at scale are just off the horizon. But, considering the scale at which AI is developing and advancing, expect improvements in app user experience, ad fraud prevention and app pricing accuracy to come to fruition in the next 24 to 48 months.

Andrew Gerhart is VP of Publisher Platforms at InMobi.