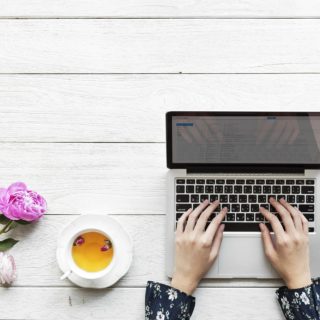 There have been a number of different ideas about the future of social media in the wake of the Facebook Cambridge Analytica scandal. Some have suggested that Facebook needs to be regulated, much like any other communications or media company. Others have suggested that self-regulation might be the path forward. But here’s an alternative idea that makes a lot of sense: use blockchain technology to decentralize the social media experience.

In order to understand this conceptually, let’s take the example of Facebook. Users pay nothing to use the social network, but in exchange for that “privilege,” they then make their data available to Facebook. All data from all users are then stored on Facebook servers, and only Facebook can determine who gets access to that data (i.e. advertisers or app developers). Moreover, Facebook HQ is the central rule making authority – as a user or developer, you can ask Facebook to make changes, but the only way an algorithm will get changed or a privacy setting will be altered is if Mark Zuckerberg agrees with the decision.

Nobody owns the blockchain and so nobody owns your data

Furthermore, all rules on a decentralized social network powered by a blockchain are made by consensus. The “crowd” is in control, not a mighty mogul sitting on a throne in Silicon Valley. As a result, there are no rules or changes that flow down from a CEO like Mark Zuckerberg – instead, the members of the social network agree on a code of etiquette, and can enforce them as best they can. For example, if a member of the social network starts to post “fake news” on a regular basis, it would be up to the members to “downvote” or otherwise penalize the user such that the activity becomes economically unviable and socially unacceptable.

The key to making all this work, though, is by the introduction of an economic aspect to the decentralized social media experience. This is the really scary part, because we’ve all been brainwashed into thinking that “Facebook should be free.” Who in their right mind would possibly want to pay to use a social network? Imagine if you had to pay to post a new update or like someone else’s post! So there has to be a way for people to “pay” for the social media experience without actually “paying” for it.

Well, decentralized blockchains solve that problem by introducing tradable economic units of value called tokens or coins. When you join the decentralized social network, you either buy these tokens or coins at the outset, or are given them, essentially as a gift. In the case of Steemit, for example, users are delegated tokens to get started, without having to pay anything. The more you contribute to the social network, the more tokens you earn. And, if you want to “cash out,” there is an exchange mechanism to convert those tokens into nice, green American dollars.

From a privacy perspective, too, decentralized social media makes sense. Blockchains are cryptographically protected, so as long as you don’t hand out your cryptographic keys to someone, you can remain completely anonymous other than your user name. Moreover, you are in complete control of your own data, and there is no way to alter it or tamper with it, because blockchains are tamper-proof. All of this gives you a higher grade of control over your data and your social media profile.

To understand this concept, consider the Bitcoin blockchain. The reason why Bitcoin first exploded into popularity was because it was thought to be completely anonymous and untraceable. Thus, you could buy or sell anything (and I mean ANYTHING) with Bitcoin, and nobody would be the wiser. All people would know is the cryptographic address of the person buying or selling Bitcoin, but not the personal details. And, with Bitcoin, you can continuously generate new cryptographic addresses every time you buy or sell, so it becomes still harder for anyone to piece together all this information to generate one, consistent profile.

So, using this model, just think of how fiendishly difficult it would be for advertisers to track your behavior. Every “transaction” that you do on the social network (such as an upvote or comment) would be linked only to a randomly generated cryptographic address. And you would have the option to use a new cryptographic address every single time you did anything. Thus, it would no longer be possible for advertisers to follow and track you across the web through the use of pixels and cookies.