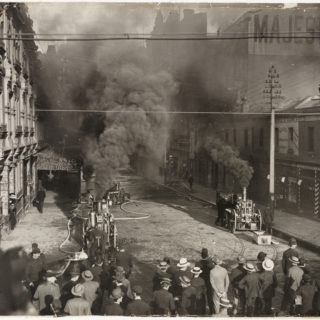 Adobe Analytics predicts that today will be the biggest online shopping day in US history.

In-store shopping on Black Friday, however, fell between 5% and 9% as compared with last year, according to the Wall Street Journal. That said, total sales (including online) on Black Friday were reportedly up 23% from last year.

As ever, consumers are moving from in-store to online browsing and purchasing. Why fight through hordes of stampeding shoppers when you can casually thumb through options from the comfort of a house full of Thanksgiving leftovers?

As the peak shopping time of the year, the week/weekend of Black Friday is perhaps the worst possible time for a glitch in the advertising system. This comes at a time when many advertisers and users are already frustrated with Facebook.

Google Ads is providing retail advertisers comparison analytics of the Black Friday campaign week of last year to this year in the Overviews page at the account and campaign level.

Apple’s App Store has largely become equated to the only app store — often times the one-stop solution for both consumers and app creators. But, any app sold includes a 30% cut for Apple.

That commission is one key issue in an antitrust case that will be heard by the Supreme Court. Is Apple breaking federal antitrust laws by monopolizing the market for iPhone apps? Are consumers paying more than they should?

This is an interesting case and one to watch closely.

Apple claims they are acting only as the agent for app developers who sell the apps to consumers through the App Store, much like Uber, eBay, and Amazon.

Developers are unlikely to file suits against Apple at the risk of losing the ability to sell on the platform.

On the evening before Thanksgiving, Facebook took responsibility for hiring Definers Public Affairs, a lobby group that pushed negative stories about Facebook’s critics, including against George Soros.

Soros had called Facebook a “menace to society” at the World Economic Forum in Davos back in January of this year. Facebook was upset and called on Definers to undermine Soros.

Initially following the investigation, Facebook had claimed inaccuracies, and Sandberg claimed she had no idea the company was involved with Definers. They later updated their statements acknowledging the work.

As with such instances in other dominant tech companies (Google, Amazon), employees were upset by the news and the fact of being kept in the dark.

It also seems Facebook intentionally released the news on Wednesday night to avoid much fanfare.