Blockchain can give torrenting a much-needed makeover 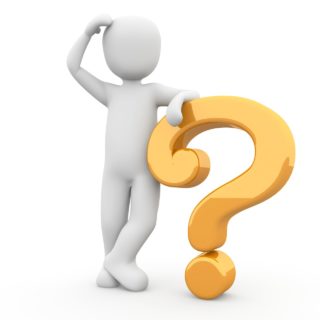 Torrenting has a reputation of being shady and illegal; the domain of dishonest pirates and the bane of the music and media industries.

This bad rep stems from the deep-seated assumption that all torrents involve illegal files. While this is often the case, many people overlook the fact that torrenting has a slew of completely legal and ethical uses beyond the world of piracy.

Still, bad reputations have a habit of sticking, and there are other issues plaguing the industry. BitTorrent has long been the gold standard for peer-to-peer file sharing, with tens of millions of daily active users. However, it’s still burdened with problems, like files that users simply can’t download or share due to a lack of seeds.

While people are happy to download the files of others, it seems far fewer are prepared to return the favor by sharing their downloaded content with the community.

The result is that file sharing, while still popular, is beginning to lose relevance. People are migrating to different sources like streaming services, and what used to form the cornerstone of the internet could soon be nothing more than a fringe activity.

The good news is that there’s still a huge appetite for file sharing, and it generates enormous volumes of traffic. It’s vital to act before it’s too late, while there’s still an industry to save.

While still popular, file sharing is slowly in decline (https://www.statista.com/statistics/267205/file-sharing-data-traffic-volume-in-western-europe/)

So, what’s the solution?

By using blockchain and tokenization to highlight the benefits of torrenting outside of piracy, it’s encouraging a more responsible user base. Users will also be rewarded for their contributions, which will promote a healthy and stable economy.

Torrenting is great, but it will be better

Torrenting has an image problem. It’s been widely misused in the past to pirate content and illegally download everything from mobile phone ringtones to full-length HD movies, and this has tarnished the entire space.

In reality, though, piracy is in decline. In fact, torrenting software is incredibly useful in a ton of other areas, all of which are completely above board.

Illegal downloads are becoming a thing of the past (Department of Communications, Australia)

For example, companies can use torrenting to share files and data repositories. It can also be used to store and access files more easily across large, decentralized networks. Torrenting gives us a glimpse at what a truly decentralized storage system could look like.

But we aren’t quite there yet. The current ecosystem fails by punishing torrenters and not providing enough incentive for them to seed files and contribute to the sharing economy.

Blockchain technology offers a number of solutions to the problems in torrenting and file sharing.

In Flixxo’s P2P network creators can distribute and monetize their own content by incentivizing the distribution of media. This is done by sharing revenues with the seeders, a term that refers to user who have downloaded content, stored it on their computer and share it.

Other projects like Choon use the technology to remove the middlemen from music streaming, allowing users to pay artists directly for music and encouraging more ethical downloading.

It’s a step towards more ethical consumption, but it also overlooks many of the real benefits that come with torrenting, like those mentioned above. Simply moving to a new model for accessing content ignores the benefits of peer-to-peer file sharing. Eliminating the industry is a bad idea — we should be focusing on reforming it instead.

This is where Project Atlas comes in by building a new incentive structure to encourage better sharing habits.

The current system relies too much on the generosity and community spirit of random users. There’s no real reason, beyond a desire to support the ecosystem, for users to continue seeding files once they’ve finished downloading.

Project Atlas instead offers a real reward for users who decide to be more than just takers. Those who participate in the system as seeders will receive tokens as a form of payment.

By promoting seeding, the project helps shift towards faster file access, easier sharing, and greater decentralization on a wider scale.

What’s more, a healthier and more co-operative torrenting community also means files are more spread out. This avoids the kind of centralization that defines so much of the current internet and creates a freer and more democratic ecosystem.

With a blockchain-based infrastructure, decentralization is a feature that’s baked into the software, not just an outcome.

For now, torrents still have some way to go before they can shed their problematic past and tarnished image. Lots of people still see file sharing and torrenting as inherently wrong and even illegal, and that won’t change overnight.

But it can change, and it doesn’t have to take forever either. With a healthier model, the sector can enter a new stage and quickly gain a new reputation.

The blockchain industry is growing fast, and bringing it together with torrenting will give both sectors a boost. The two have a lot in common, not least an underlying commitment to the values of democracy and the open exchange of information.

If they can work together successfully and use features like tokens to their maximum potential, it’s not a huge stretch to say that they could transform the way we exchange content.

The post Blockchain can give torrenting a much-needed makeover appeared first on ClickZ.