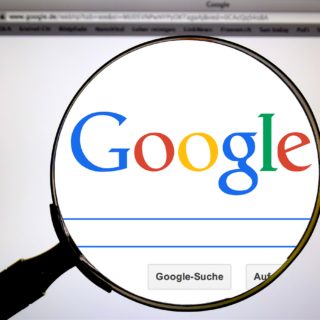 GeoEdge’s primary focus is to protect web users from ads that may contain malware or any other malicious activity.

ClickZ sat down with CEO Amnon Siev to learn more about how GeoEdge is able to do just that.

ClickZ: Tell us about exactly what GeoEdge does

Amnon Siev: We saw early on the negative impacts that malicious ads were having on publishers’ websites and their audiences. Consequently, we saw the need for publishers to automate the process of testing the quality and content of advertisements on their websites; GeoEdge is able to do that.

Our mission is to provide ad integrity and a positive user experience, which extends beyond simply fighting malicious activity. If an ad creates an experience that pushes users away, we can help identify, manage, and control this risk.

CZ: What do you mean by that?

AS: For example, if you go to a website that has an obnoxious ad that keeps popping up or that you can’t seem to click out of, you might leave that website. The ad isn’t doing anything overtly malicious, but it’s pushing users away.

We monitor the ads that are running on our publishers websites 24/7, constantly checking for malware, malicious activity, or patterns that indicate that an ad is creating bad engagement between a user and the website. If we identify an ad that’s making users leave, we’ll remove that ad.

We’re doing the heavy lifting. The client just has to put the code in and go back to work, but we’re also trying to take what we see and provide publishers with opportunities to better optimize their websites. When we see the kinds of ads they’re running and the user experiences those are creating, we can provide the publisher with intelligence that they can use to make more educated decisions about the kinds of ads that are placed on their site.

CZ: Got it. What are the steps GeoEdge takes once it identifies a bad ad?

AS: The first step we take is to block the ad because our main goal is to first protect the end user. We then immediately notify the publisher and the author of the ad so they are aware that they’re delivering a malicious campaign.

We then automatically serve a safe place ad in the blocked ad’s place. The publisher doesn’t need to take any action to remove the ad because we take care of that for them.

The challenge is that malicious actors are quite sophisticated these days. When a publisher allows and launches a campaign, they might not see signs of malicious activity right away. The campaign could be fine at first, but then the bad guy will change something in the back end and start attacking users. That’s when we jump in and block that ad.

At the end of the day, publishers need to make money. They need to make sure the user is having a positive experience on the website. Our software allows them to monetize their websites in a more efficient way. They’re able to work with third parties to bring in more revenue while at the same time making sure that the third parties don’t somehow jeopardize the end user.

CZ: It must be a challenge keeping up with that sophisticated malware

AS: It certainly is, but that’s what makes us so unique. We’re always trying to stay one step ahead of the curve. Last year, for example, we were the first cyber security player to identify a new form of attack before other players did.

At the beginning of 2018, there was a lot of hype around cryptocurrency and we immediately thought about it in terms of malicious attacks. Sure enough, we began to see malicious actors that were harming our publishers and users, but we were ready for it.

Today with the rise in videos and streaming sites, we’re starting to see issues in video ads. We know that’ll be an even bigger problem down the road, so we’re doing what we can now to stay ahead of it. It’s really a game and we have to do what we can to stay one step ahead of the bad guys.

At the end of the day, as a cyber security company, we want to protect.

Our headquarters are based in Israel, where many of our staff have come from the Israeli army and have extensive experience creating counter technology against cyber attacks.

On the one hand, our main objective is blocking malicious ads, but on the other hand, we’re trying to provide publishers with the tools that can simplify their decision-making and help them maintain a high revenue stream. We’re really able to provide a holistic experience and we’re proud of that.