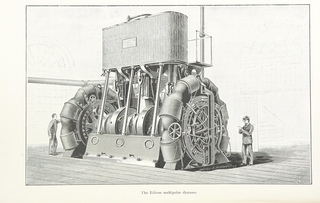 About Cox’s resignation, Zuckerberg wrote, “He [Cox] is one of the most talented people I know and he has the potential to do anything he wants. But after 2016, we both realized we had too much important work to do to improve our products for society, and he stayed to help us work through these issues and help us chart a course for our family of apps going forward.”

While the exact reasons for the resignations of two upper-level executives is unclear, this announcement brings attention to a time of major change and tumult within Facebook.

Google is releasing a new Budget Planner tool for Google Ads campaigns, allowing advertisers to create a budget plan based on clicks, conversions, or a target spend amount.

After inputting the numbers, Google will present advertisers with a draft budget plan to give an idea of how campaigns are expected to perform, including how spending changes will most likely impact the campaign goal and metric.

This new feature can provide advertisers with insights about how spending changes might affect campaign performance. It’s important to note that the tool requires data to work properly, so campaigns without enough history may not be eligible for it.

Twitter is launching a new camera tool that will enable users to capture videos, photos, and live streams directly from the app. When using the Twitter app, users can now swipe left to be presented with the camera, giving the option to capture an image or video up to two minutes in length or switch to a live stream that will appear directly on their Twitter feed.

While not exactly a “Story” feature in the Instagram, Facebook, or Snapchat sense, this new feature will allow users to post and engage more within the channel, no longer needing to rely on outside apps like Periscope.

Facebook to replace relevance score with 3 new metrics in April

Last Wednesday, Facebook announced that it will be replacing its ad relevance score with three “more granular” metrics and replacing six other ad metrics with “more actionable” measurements by April 30. The relevance score told advertisers how relevant a particular ad might be to a specific audience.

These new metrics should offer advertisers more specific and nuanced insights into their ad and campaign performances.