How emerging tech is eliminating the need for ad blockers 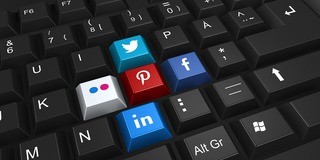 Emerging technology is reinventing marketing and boosting the validity of advertising ROI.

It’s no secret the rise of digital has given the global advertising industry — and its revenue models — a massive shake-up.

With more people online than ever before, digital has given advertisers the gift of being able to push content to consumers while on the go, at any place and at any time.

But digital has also given birth to the rise of ad-blocking technology, making it the easiest it has ever been to avoid ads in the first place.

Adoption of ad blockers is on the rise and Statista estimated that about 25% of US internet users blocked ads on their devices in 2018. And Apple added fuel to the fire when it announced that its iOS9 operating system that supports iPhones and iPads would enable ad blocking technology.

For decades many businesses have relied on advertising revenue (print or otherwise) to power their operations.

The long-term impact of ad blockers could be detrimental to many industries. And the marketing sector is bracing for the worst, with some anticipating that ad-blocking technology could cost advertisers more than $40 billion by 2020.

Last month Linius Technologies announced that it had developed an adtech prototype that can bypass ad blocking software.

The Linius Personalized Ad Prototype was developed in partnership with internet solutions company Hemisphere and will be made available via Linius’ SaaS platform Linius Video Services (LVS).

Linius CEO Chris Richardson said that by using the prototype, ads became immune to ad blockers because they were delivered as a single stream of data, embedded within the actual digital video stream.

“This prototype offers a great opportunity to disrupt the global advertising industry. The hyper-personalized advertising prototype offers previously impossible data combinations, which power hyper-targeted ad delivery and analysis. This is made possible by treating video as data with Linius video virtualization technology.”

So not only will advertisers be able to ensure their ads are actually getting to consumers, but they’ll be better targeted to people who actually might be interested in watching them.

Global OTT video streaming platform Divan TV, which has users from more than 195 countries, has also turned traditional advertising on its head.

The platform is also designed to benefit content owners, who are reportedly on track to lose $37.4 billion to piracy in 2018.

Their new platform protects content from piracy and fraud via blockchain smart contracts.

Unlike YouTube and other online streaming services that force viewers to watch a snippet of an ad before skipping, Spotify enabled its non-paying Australian users the ability to completely skip ads.

So what is the method to their “madness”?

Spotify strongly believes that users will only listen to the ads they care about. So, why waste time and budget, and waste a listener’s time on an ad targeted to the wrong person?

“Our hypothesis is if we can use this to fuel our streaming intelligence, and deliver a more personalized experience and a more engaging audience to our advertisers, it will improve the outcomes that we can deliver for brands. Just as we create these personalized experiences like Discover Weekly and the magic that brings to our consumers, we want to inject that concept into the advertising experience.”

On top of that, Spotify has reportedly promised to refund advertisers for any ads skipped.

Given the streaming service’s track record of experiential advertising methods, it could be on to something. Two years ago Spotify released Ad Studio, its fastest-growing advertising channel, based off quarterly revenue and advertiser growth numbers.

Spotify’s Ad Studio is a self-serve ad platform that lets brands create an ad, pick their audience (based on age, gender, location, activity, and music taste), and customize their campaign based on budgets and dates.

Digital may have given the advertising world a massive shake-up, but like any change, it forces people to do things differently and often better.

Emerging technology could be the catalyst for the paradigm shift the marketing world needs in order to survive and thrive in the new digital age.

Heidi Cuthbert is Executive Producer at Coincast TV. She can be found on Twitter @heidicuthbert.

The post How emerging tech is eliminating the need for ad blockers appeared first on ClickZ.