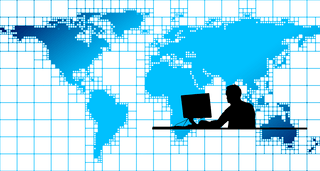 Vaembu and Mugil’s plot starts in their home with death of Vaembu’s ex-boyfriend during sex with Vaembu, while her husband Mugil was away. Mugil returns home and figures out the incident. Vaembu confesses the accidental sex and eventual death. Mugil refuses Vaembu’s idea of surrendering herself, saying it would ruin his image. With uninvited guests at home, they struggle to contain the situation. They manage to get the corpse out of town but still caught by Berlin, who expects a sexual favor from Vaembu as a deal to contain the situation. Mugil, with a confused state, tells Vaembu the consequences if they refuse. Shattered, Vaembu still refuses, but with no options left them, Berlin tries to take advantage of the situation and make a move.

Shilpa’s plot starts with a family eagerly expecting a reunion of Jyothi with her husband Manickam, who absconded seven years before. To their shock, Manickam arrives as a transgender named Shilpa. The family reacts on his transformation. Their son, Rasukutty, takes Shilpa to school to introduce his friends. A cop suspects Shilpa and drags her to the police station. Berlin takes advantage of the situation and forces a sexual favor from Shilpa, who also faces humiliation in school and is granted no entry. Shilpa plans to return to Bombay. Rasukutty finds out her travel plan and confronts her emotionally.

Leela’s plot starts with Soori trying to kill her, but he stabs himself accidentally by slipping down. He is taken to the hospital, and his father Arputham is informed about this accident. Arputham is a lone survivor from a tsunami who believes that he was saved by the god (in the form of a stone), and he devotes himself to the god. Learning about Soori’s condition, he rushes to the hospital and brings the wounded Soori to his chapel, believing that his prayers would cure him. Leela forcefully takes back Soori to the hospital and struggles to arrange medical expenses. Arputham, who struggles to arrange money, gets confused with faith in God after a short converastion with Shilpa yesterday.He accidentally breaks the statue and finds out diamonds in it.It is from the Italian pirate ship which got sunk. He uses the diamonds and save Soori.
The boys got their new tv and throw away the old one,which hits the policeman and he dies

In October 2016, director Thiagarajan Kumararaja announced his next film after a gap of five years. Vijay Sethupathi and Fahadh Faasil were reported to be featuring in the lead roles. Later, Samantha was signed to play a female lead role.[5][6] Kumararaja also produced the film along with East West Dream Work Entertainment and Alchemy Vision Workz.[7] After completing the first shooting schedule of Junga, Sethupathi began filming for Super Deluxe. He plays a full-fledged feminine character in the film.[8] At first,Ramya Krishnan was approached to play the role of Leela in the film, but due to some problems on the director’s side she couldn’t continue. So in order to replace her, Nadhiya Moidu was approached for the role but again due to some problems, Ramya Krishnan replaced her and was back onboard becoming the second lead of the film after Samantha.

The official trailer of the film was unveiled on 22 February 2019 and went viral for the fast and slow phase dialogues which also went onto become a trendsetter in social media.[9][10][11]