What Other Cities Can Learn From Philadelphia’s Social Media Guidelines 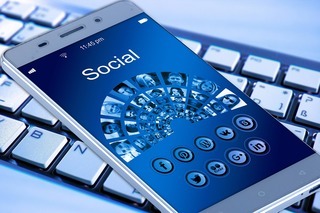 In today’s 24/7 digital environment, cities and other municipalities are embracing social media as a way of interacting with their citizens as part of an ongoing dialogue. Moreover, the most progressive of these cities are actively encouraging their employees and city officials to maintain an active presence on social media, and are giving them helpful guidelines on how to be good online citizens. The City of Philadelphia, for example, created a social media policy in April 2017 that has helped the city expand its communication, collaboration and information exchange with its residents.

There’s one quote from the new social media policy that really stands out and helps to illustrate how much government has changed due to social media: “If you don’t tweet it, it didn’t happen.” That quote, attributed to Jane Slusser, Former Chief of Staff to the Mayor of Philadelphia, tells you all that you need to know about government officials in the era of social media: if you want people in the community to appreciate the work you do, you have to tell people about it.

Take a look, for example, at the Twitter account for Mayor Jim Kenney (@PhillyMayor). There are regular updates about things that matter to everyday citizens, from improvements in public transit (city buses that run faster!) to improvements to how potholes are fixed in the city. Moreover, the Philly mayor has triumphantly declared that all city spending is now going to be more transparent than ever, inviting residents to have a look for themselves at how the city’s multi-billion-dollar budget is spent.

Be mindful of your role as a public employee

While city government officials are told to be active online and share what they’re doing, they’re also given a number of guidelines for what they should be sharing (and how they should be sharing it). For example, employees shouldn’t be posting classified information online (Hey, Washington insiders, did you hear that?), and they should be making sure that they are not violating any political activity rules when they are posting content. Moreover, they should keep in mind that anything they say online might be misinterpreted, misquoted or misunderstood. One quote within the social media guidelines is particularly instructive: “It’s not what you say, it’s what people hear.” So be careful about using sarcasm or irony as part of any message.

Make it fun and informative

Finally, the city makes clear that all social media content should be “equal parts fun and informative.” It’s important to inject a sense of personality into your account, and that all starts with the profile for the account. Make sure you’re letting your individuality shine through, while also following some commonsense rules of the road (e.g. no hate speech, no threats). That type of “fun and informative” approach to social media is what has made possible a number of unique events throughout the city that have the full support of government officials, such as Philly Tech Week (scheduled for the first week of May this year).

The post What Other Cities Can Learn From Philadelphia’s Social Media Guidelines appeared first on Social Media Explorer.