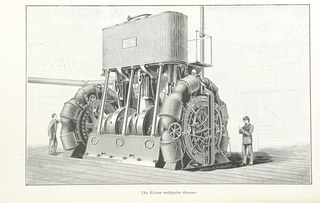 Workato CEO Vijay Tella described the Marketplace as “the AppExchange for automations,” referring to Salesforce’s marketplace of third-party applications for its platform.

The announcement points to a global survey released last year by research firm McKinsey. It found that 57 percent of those surveyed were at least piloting “the automation of processes in one or more business units or functions.” Almost half of the remaining respondents said they expected to automate business processes in the next year.

But, Workato notes, only a slight majority of those testing or using automation software were successfully reaching their goals, which it attributed to execs not knowing where to start or what to use.

To answer that need, the Marketplace is offering about 400,000 workflow “recipes” created by more than 4300 companies, all built on top of the Workato platform. Complete solutions for specific verticals have been assembled by automation software experts, and include automations, integrations and bots for various lines of business, demo videos, expert content with screenshots and access to experts.

Recipes are application solutions built by users and the third-party vendor community to address automation needs in such marketing-relating areas as Account-Based Marketing, Lead Enrichment and Routing, and Sales Deal Desk, as well as other processes like Quote to Cash, Employee Onboarding and IT Incident Management.

They are designed to be quickly built to solve problems or meet needs, and are composed of Apps, Triggers, Actions and other building blocks.

Lead Management, for example, is intended to speed contact with customers, boost visibility about how leads are obtained and channeled, and obtain analysis on the quality of lead creation.

To do that, the process ingests all lead data from everywhere, enriches it with data from outside sources, checks for errors, tracks it in a data warehouse, creates insights, syncs it with all marketing and sales customer relationship management (CRM) systems, and filters out leads that don’t meet the quality specs.