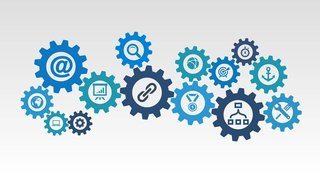 Like many other in-person events in this Time of the Pandemic, the annual Adobe Summit – planned for March 29 through April 2 in Las Vegas – was cancelled. Last year, about 16,000 Adobe fans attended the Summit.

In its stead, the company launched on March 31 an online version. While there were few major announcements, the biggest impact of this year’s Summit may be a demonstration of how well a major vendor conference can work when it is moved online.

The central focus of this online Summit are several keynote-like presentations, made by senior Adobe executives from their homes. Complete with the high-quality of graphics and animation for which Adobe is known, the presentations covered the general themes of the summit – including digital transformation and customer experience management.

There’s also a video of “Tom Brady’s Playbook,” where the famed quarterback talks about “putting together the best game plan” and executing it. In person, seeing such a celebrity in a convention center might have a certain thrill, but here, in the online version, it is the weakest component in this new Summit, as Brady waxes on about completing his “playbook.”

Among the few major announcements of this year’s Summit are a new Adobe Digital Economy Index, which the company describes as “the first real-time barometer of the digital economy.” It analyzes trillions of online transactions for a hundred million product SKUs in 18 product categories.

The report, which appears to be a more comprehensive analysis than other Adobe reports on digital ecommerce and activities, finds that there has been a 20 percent increase in digital purchasing power – the amount consumers can buy with a given amount of money – in the last six years. Not unexpectedly, the report also found that BOPIS (Buy Online, Pickup In-Store) shopping has increased dramatically because of COVID-19.

The online Summit also includes a sneaks video, presenting highlights of projects-in-development from Adobe’s labs. Blue dots in the playback timeline conveniently allow a viewer to skip to the different presentations.

That in-development pipeline, some of which may never see life as an actual product release, includes a Segment Scout that utilizes AI for user segment building in the Adobe Experience Platform, so marketers can better build and understand segments through attributes.

And a project called Dually Noted allows authors to scan physical copies of physical books or other physical documents, and see in the scan the comments an editor or other collaborator has made on a digital copy of the same page.

Interestingly for such an online-only conference, Dually Noted points to the possibility of Adobe or other vendors moving towards a greater integration of physical objects – or even people’s faces – with added digital layers.

Additionally, dozens of breakout sessions are presented as videos that also contain blue dots in the playback timeline for easy skipping to the most interesting sections.

While this year’s Summit won’t make a lot of news for its announcements, it may have a more lasting effect. Few companies are as well positioned as Adobe to have the imagination and resources to take the next step in online convention-going.

Although this online version was put together relatively quickly, it shows the boost in efficiency afforded by a well-designed online conference, not to mention the huge savings in presentation and travel costs.

It also makes it easier to share content with your colleagues, and to better absorb content at your own pace. And new projects like Dually Noted show how physical and digital realities are becoming better integrated.

Two things are still missing, if online conferences are to become a bigger thing that they have been. One is the ability to play with the new technology directly, as one can during in-person demos, but that could readily be accommodated when the products themselves are software.

The other, of course, is personal networking. That is the most significant benefit of the cost/time investments in physical conferencing, but it’s not like the online world is unfamiliar with networking.

What’s needed next is for an Adobe or another giant to re-invent the world of live chats, collaborative spaces, LinkedIn and Facebook for the needs of online conferences.

It’s not yet clear if in-person trade conferences will be permanently changed by the responses to this pandemic, but Adobe’s new Summit shows the first few steps for how it could be done.

The post The Adobe online-only summit points the way to the post-pandemic future appeared first on ClickZ.