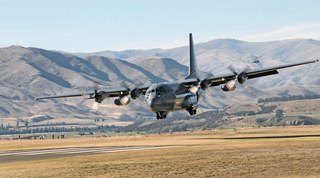 iOS devices offer lucrative audience segments for advertisers, with over 720 million users with above-average income concentrated in Tier 1 countries. There’s only one pitfall, it is a closed ecosystem and a single-handed decision by Apple can send entire industries built around iOS into chaos. This is precisely what happened when during WWDC, Apple announced that it would phase out the IDFA advertising ID that allowed people to track user behavior in the app environment.

The decision was met with a wave of fierce criticism, as it may trigger a spike in unidentifiable users, disrupting attribution models and the possibility of one-to-one targeting. It was postponed to early 2021, in many ways due to backlash from Facebook and other companies that facilitate ad sales in apps.

Nevertheless, the elimination of IDFA shouldn’t be taken lightly, as it will render many established methods of advertising in apps useless. Advertisers should take steps to prepare because in several months they might lose the ability for deterministic targeting and assessing the effectiveness of their ad campaigns.

What is IDFA opt-in?

The identifier for advertisers, frequently called IDFA or IFA, is the cornerstone of advertising in mobile apps. It operates similarly to web cookies and conveys information about a person’s online behavior, app usage, device information, etc.

IDFA does not transfer any personal information, but gives advertisers the information they need to evaluate ads’ effectiveness and to set up retargeting.

On iOS 14, Apple decided to make IDFA tracking optional for users. When the announced changes are implemented, each time a user downloads an app, they will be presented with an option to allow or prohibit tracking. In contrast, on previous iOS versions, tracking was allowed by default, would run silently, and could be switched off in the settings.

How many users will go dark?

The exact details of the IDFA restrictions are still unclear. For instance, will Apple allow app developers to limit access to certain content on the app if the user switches off IDFA tracking?

The share of the opted-out users is hard to predict, but some market analytics estimate that 80% of users will decide to opt-out. On iOS 13, Apple implemented a similar policy regarding geolocation and asked explicit permission to collect location data, 70% of users chose to opt-out.

However, more optimistic experts cite the example of GDPR implementation on the web when users acknowledge the value of the website personalization and, in most cases, explicitly allow tracking. In this scenario, the opt-out rate is estimated to be around 50%.

Even if half of the users opt-out, it is still quite a significant number for the ad industry. Advertisers will lose the ability to target narrow audience segments and control the efficiency of their campaigns through granular reporting. Instead, they would have to rely on assessing the cohort’s effectiveness and broad categorization.

Advertising to unidentifiable users is a completely different landscape, where the old instruments and approaches will no longer apply. With the decline of the IDFA, most user IDs gathered over the years will become unusable for remarketing efforts.

The well-structured client bases with time-honored re-engagement tactics, optimization based on the ROAS, and LTV will all go down the drain. Advertisers would have to build new user acquisition and retention scenarios on the iOs apps without retargeting and the ability to cap frequencies.

What can replace IDFA?

The new IDFA policy will undoubtedly please the privacy activists and give users more control over the data they share. However, the multi-billion dollar advertising industry in apps needs a working solution to obtain relevant market data that IDFA provides. In Q2 of 2020, App Store generated $11.6 billion in user revenue and they won’t risk losing those ad revenues.

Apple couldn’t let the market hang in the air and offers several alternatives to eliminating the advertising ID. As a substitute for its advertising ID tracking, Apple proposes SKAdNetwork, a previously dormant solution that allows advertisers to receive data about conversions in the users’ cohort.

It is an API that allows ad networks to know whether their ad campaigns caused app installations or other limited “postback” events.

Advertisers can select up to 64 in-app events, which can be sent back to SKAdNetwork when executed. SKAdNetwork does not allow deterministic user tracking but will provide tools to evaluate user groups’ effectiveness.

Since campaign optimization usually contains thousands of different creatives to be directed at different demographics and A/B testing, the SKAdNetwork functionality is minimal. These reports are aggregated, and do not convey identifiable device-level and user-level data. Also, they cannot be sent in real-time.

The rising share of unidentifiable users is a critical drawback for publishers since it will lead to eCPM depreciation across the board. With the depreciation of the IDFA, publishers won’t be able to tell if they were offering an impression of a C-level executive or a teenager.

The depreciation of IDFA can encourage app developers to employ under-utilized capabilities of the iOS ecosystem, for instance, app IDs.

When a user downloads an app, they generate a unique in-app ID responsible for authentication, for instance, saving progress in the mobile arcade. Previously in-app IDs were deemed useless for advertising efforts and were only used for personalization.

With in-app IDs, developers can segment their users and offer advertisers more contextualized impressions for targeting.

For example, mobile games can provide user segments, such as ‘users who spend hours in one session’, or ‘users who frequently make in-app purchases’. Those segments are in-high demand from other game developers, who soon will lack targetable inventory for their install campaigns.

The issue with app IDs is that this approach is challenging to scale. In-app IDs are applicable for targeting inside a single app. App developers would have to roll out a custom platform, to offer their user segments, and establish direct deals with advertisers.

This approach is viable only for apps with multi-million audiences, highly-engaged and paying user base, or niche users attractive for particular verticals.

Another identifier that can be used for advertising activity is IDFV, an ID for several apps to publishers for retargeting across their inventory. The IDFA phase-out can prompt  market consolidation, as owners of multiple apps will have a larger footprint of device identifiers (IDFVs).

Consequently, the app market is already witnessing a new wave of gaming and ad tech M&A.

Advertisers that depend on in-app advertising on iOS will soon face issues with building user acquisition strategies, targeting the existing users, and capping frequencies to avoid overspending. To prepare for the post-IDFA world, they will need to learn how to utilize other advertising IDs or SKAdNetwork.

While the IDFA restriction has not come into effect yet, advertisers still need to test new approaches against the existing attribution model tirelessly to identify users when they opt-out.

Yaroslav Kholod is the Director of Programmatic Division at Admixer, an ad-tech company that develops and maintains SaaS products in the field of digital advertising management.

The post How IDFA opt-in will change the way we advertise in apps appeared first on ClickZ.